Now that the primary election is behind us, the attention is now focused on the general election in November. When people see their ballots this fall, they’ll notice that in a few races, some elected offices are more popular than others. Take for instance, the race for Brooklyn Center School Board.

“This year it’s been this strange mix. There’s been a lot of [school] boards who haven’t had enough people file for their positions,” said Greg Abbott, director of communications for the Minnesota School Boards Association. The MSBA provides state-mandated training to elected school board members. 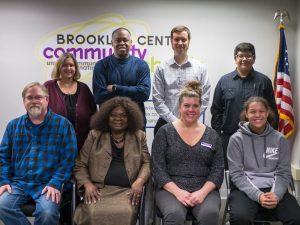 The current makeup of the Brooklyn Center School Board will likely stay the same after the November election.

Each candidate currently serves on the Brooklyn Center School Board. Their seats are up for grabs, but they’re the only three candidates who filed to have their names on the ballot, which means the odds are high that they’ll be re-elected.

A rewarding position with challenges

Abbott says serving on a school board is a rewarding position, but this year presents some challenges brought upon by the COVID-19 pandemic and the uncertainty surrounding how districts will implement the different learning models.

“I’m sure that probably made some people think twice and maybe not file,” Abbott said. “But then you see districts with 12, 15, 19 people filing. So it’s just, it’s such a big mix of school districts out there — different numbers of students, different sizes, rural, urban. But I do think coming on board during a pandemic probably discouraged a few people from filing.”

Meanwhile, Abbott said that in districts with a limited number of candidates, it’s quite possible that a person could receive enough write-in votes to be elected to an open seat.

If that write-in candidate chooses not to accept, the school board would have to appoint someone to fill that seat until they can hold a special election the following year.