For more than 20 years, Andy Kraemer has been one of Minnesota’s unsung heroes.

In the winter, a 56,000-pound truck becomes his office, equipped with all of the tools needed to clear Hennepin County roads after a massive snow storm.

It’s a job that, at times, can best be described as “treacherous.” 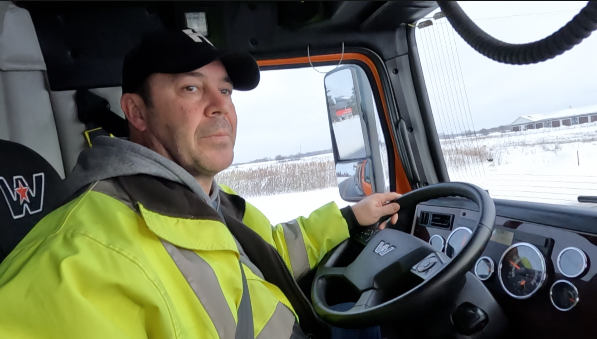 “So we’re out in the worst conditions, right? Low visibility and low traction as well,” said Kraemer, Hennepin County’s road operations manager. “So we’re dealing with some of the same things that the other motorists are. However, we’re trying to clear the way for them.”

Yet every single time Kraemer and his fellow plow drivers go out to clear the roads, they encounter people driving dangerously.

His basic message to people is that it’s never safe to pass a plow truck.

When he and his crew are out trying to clear snow, they see a number of obstacles like mailboxes, fire hydrants, and the occasional horse. 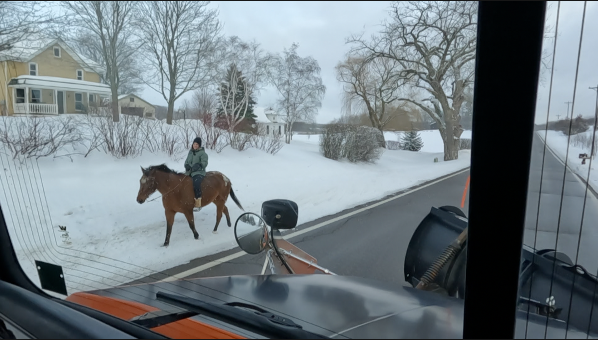 Andy Kraemer’s snowplow passes a horse on the side of the road in Plymouth.

When they see those obstacles, they generally try to avoid them by swerving toward the center of the road.

If a car happens to be on their left, bad things could happen.

“I had a car pull out as I was going out to avoid a mailbox, and almost pushed them into the ditch,” Kraemer recalled. “And at that point, I cannot slow down fast enough to let them even by because I’m already over in that lane. They’re taking a huge risk and it’s not worth it.”

Being stuck behind a plow may seem inconvenient, but Kraemer says it’s the safest place to be when they’re out doing their work.