UPDATE: The Silver Buckle Saddle Club said Friday that the individuals behind the vandalism at its Plymouth facilities have confessed to the crimes.

Annie Mickelson, president of the club, says the crimes involved multiple kids from two different families. She also says their parents will pay to fix all the damage, which is expected to be in the thousands of dollars.

“They both said they would figure out how to pay for the damages,” said Mickelson.

The big break in the case came one someone recognized a bike helmet left behind in the destruction and alerted the parents of the culprits.

The Silver Buckle Saddle Club in Plymouth faces some expensive fixes that it can’t afford to make. Twice in one week, the horseback riding group had incidents of vandalism at the club’s three buildings.

“It’s really sad. I’m mean there’s no reason to do it,” said Ellan Long-Vehrenkamp, a member of the club.

“You don’t really see the city from here. You get to an enjoy a little piece of country within Plymouth,” said Long-Vehrenkamp.

But that enjoyment was shattered, literally.

“Every window on this property has been shattered,” said Annie Mickelson, president of Silver Buckle Saddle Club. “It looks as though they had a lot of fun breaking the windows, breaking the shutters, left candy, smashed a bunch of eggs onto the deck.”

Plymouth police recovered a baseball bat and hockey stick used in the damage.

Jenny Woods first noticed the vandalism last Friday. It took several hours to clean up most of the initial destruction.

“We’re 90 percent sure it’s kids because the gate to the club was still locked on the driveway,” said Woods. 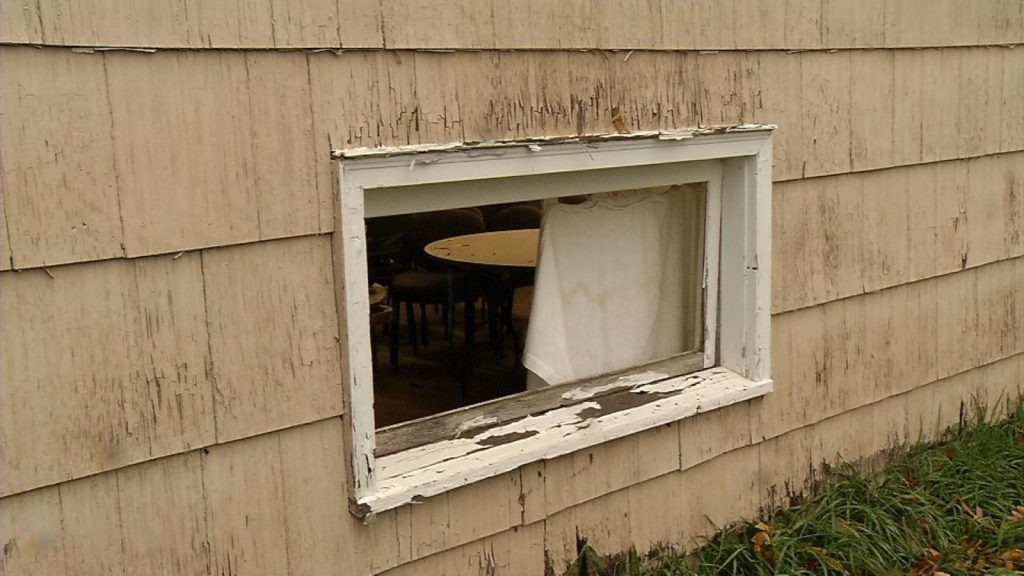 Members of the Silver Buckle Saddle Club couldn’t recall any incident like this ever happening. Mickelson says making all the repairs is something the club can’t afford.

“It would cost over $1,500 for our insurance to come in and fix it and that’s out of our price range right now because of other things we have to pay for,” said Mickelson.

The club’s biggest expense is $9,500 in annual property taxes paid for through donations and member support.

“Silver Buckle makes no money. This is all to provide just some sort of enjoyment for the community,” said Mickelson.

Club members now have a message for those that did it.

“Just really look in yourself and look at why you did it,” said Long-Vehrenkamp.