The Hennepin County District Court has approved a settlement between the Department of Human Rights and West Lutheran High School in Plymouth, requiring the school to make “significant system changes” to prevent sexual harassment and bullying in the future.

The Minnesota Department of Human Rights had sued the school last year, accusing it of failing to stop harassment of a ninth-grade girl. The suit claimed multiple incidents of sexual harassment and assault that the school failed to act on during the 2014-2015 school year. 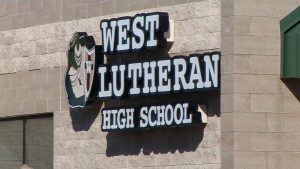 Court documents reveal the girl’s father tried to show school leaders what he considered “incriminating social media posts,” but officials declined to look at them. According to the suit, the school made initial attempts to address the allegations, but eventually accused the student of lying and barred her from attending the school the following year.

Minnesota Human Rights Commissioner Rebecca Lucero says the court order and consent decree “will create immediate, positive change for the students and families at West Lutheran High School. This case also sends a message to other schools across the state that they have an obligation to actively address and prevent bullying and sexual violence.”

According to the Department of Human Rights, the consent decree requires West Lutheran High School to take immediate steps to: