When the building along Lee Avenue becomes fully operational, it will mark a new era for the city.

“There’s still a lot of testing work to be done on all the systems and the processes inside, but we’re very, very close to be able to produce soft water for the first time and get that out to residents,” McCoy said. 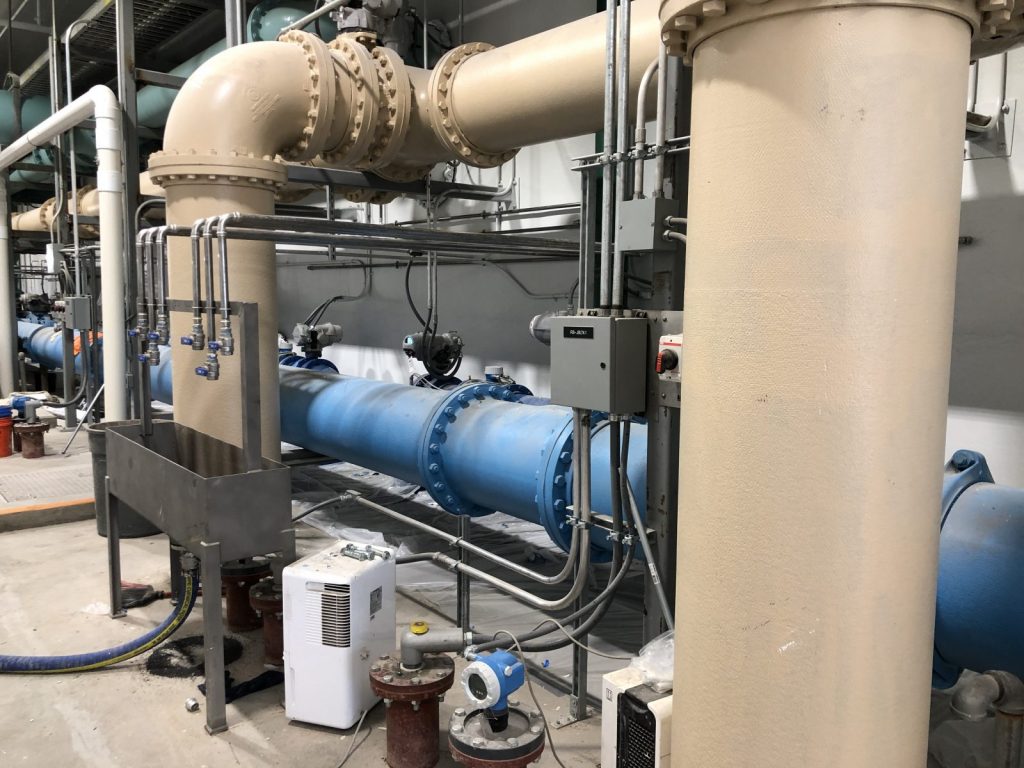 A look inside the new Robbinsdale Water Treatment Plant.

Right now, Robbinsdale water is hard, meaning that is has a lot of dissolved minerals. Those minerals make it more difficult to get things clean (like your hands, or dishes) unless the water is treated with a softener.

“I anticipate that the residents will shout for joy when they get the soft water on their taps and will no longer have to rely on their individual salt softeners to make their water palatable,” McCoy said.

Yet the water will impact more than Robbinsdale residents.

“Beer is 90 to 95 percent water, so that water profile has a massive impact on the final beer,” said Andy Goettsch, the head brewer for Robbinsdale’s Nouvelle Brewing.

The restaurant/brewery, which opened in January, has 24 beers on tap and an ever-evolving selection. 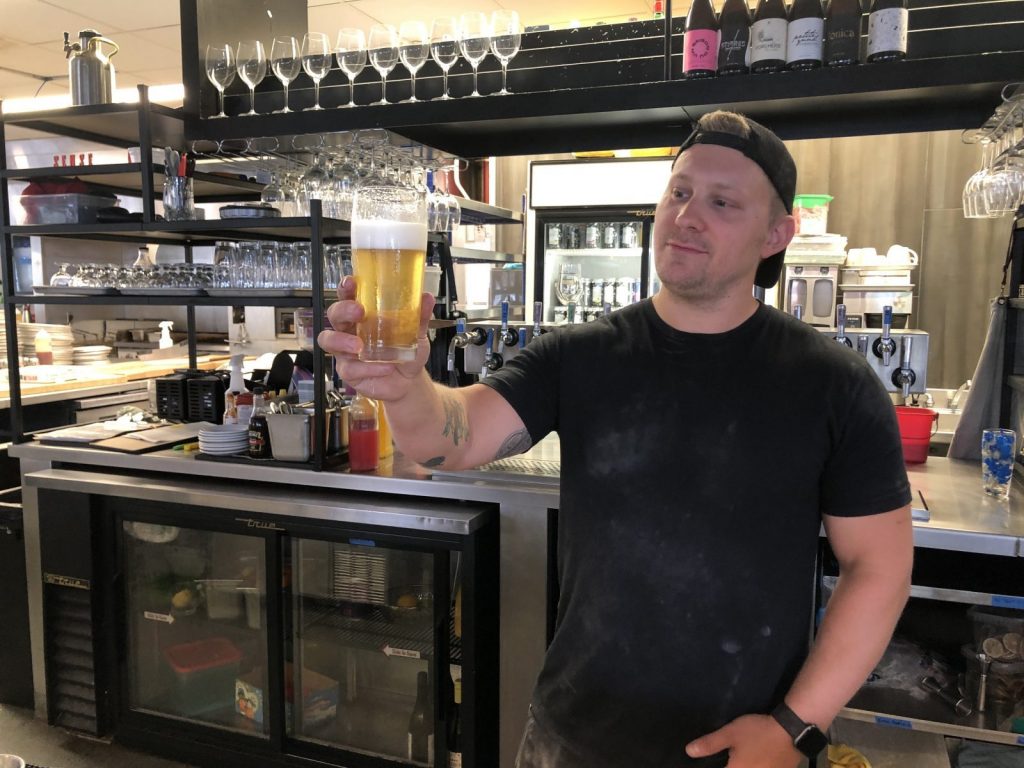 Andy Goettsch, the head brewer of Nouvelle Brewing, holds up a glass of freshly-poured beer

To make all those beers, he needs soft water. Too many minerals can affect the yeast performance and the overall flavor.

Nouvelle treats the water on-site using reverse osmosis. But it’s a process Goettsch says can be wasteful, so he’s looking forward to the day when soft water is pumped in.

“There is a little bit of waste with [Reverse Osmosis] water, so if we could filter half and then blend stuff in to get kind of a neutral water profile, I mean that would just be better all-around,” he said.

In other words, he still plans to use reverse osmosis water to make beer, but hopes to blend in city water to be more environmentally friendly.

At some point this year, he’ll finally get that chance.

“Having good brewing water will be great for the city, for sure,” Goettsch said.