In kindergarten, nothing quite gets the kids excited like story time. But on a recent Monday at a school in New Hope, story time looked a little different than what you’d see in most schools.

Not one word during story time was spoken in English.

Quinn is a familiar face at the school. She’s been a kindergarten teacher there since day one, which was 35 years ago.

“I had an elementary ed background and Spanish as a double major. No idea that this would even be a career possibility,” Quinn said. “So when they said, ‘hey we’re starting this program, what do you think?’ I was so thrilled and excited.”

Thrilled because, back in 1987, immersing students in Spanish language curriculum was a relatively new concept to Minnesota schools.

So in a way Quinn was a trailblazer. 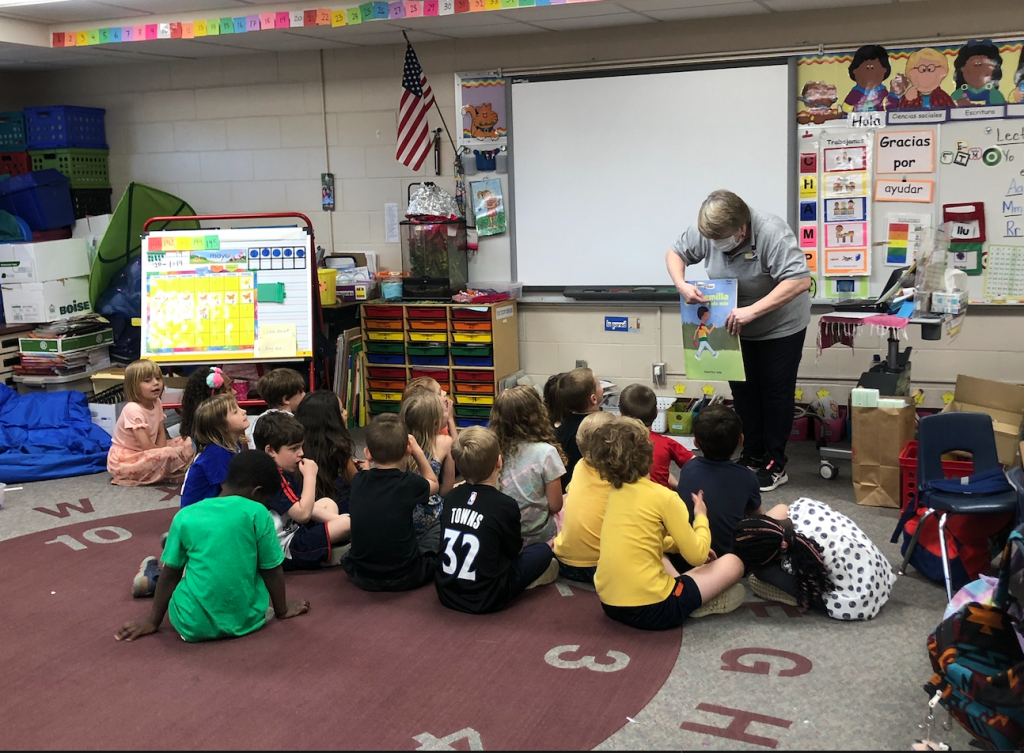 “At first there was so much we didn’t know. Everything you got — you had to translate everything,” Quinn said. “And now you can go to the store and you can buy posters for your wall that are actually in Spanish.”

Quinn paved the way for people like Mari Scott. Scott is now the music teacher at Robbinsdale Spanish Immersion School, but she was also among the first group of students to go through this program more than 30 years ago.

“Well I really believe in this [program] because it’s opened a lot of doors for me,” Scott said. “Meeting new people, being able to speak Spanish, has been a really great opportunity and I feel like it’s a gift my parents gave to me.”

It’s a gift because knowing Spanish opens students’ minds to other cultures and familiarizes them with different parts of the world.

Now, Scott is passing that gift on to a new generation of students.

“I really believe in the program and want to continue to see it flourish,” Scott said.

Meanwhile, Robbinsdale Spanish Immersion School had a big 35-year anniversary celebration planned for this weekend, but due to a sudden rise in COVID-19 cases, the school decided to postpone all of those events. The school has not announced the rescheduled dates.