Robbinsdale Schools ‘Disappointed, But Not Surprised’ on New Prague Investigation Into Racist Taunts

The Robbinsdale School District says it’s “disappointed, but not surprised” by the outcome of an investigation by New Prague Area Schools into alleged racist taunts directed at the Cooper girls basketball team.

New Prague Officials Say the Allegations of Racist Taunts “could not be substantiated.”

Cooper players and coaches say New Prague fans were making “loud monkey noises” directed at their team at a Feb. 15 game. Such behavior has been used in America’s racist past to deride African-American athletes.

But an investigation by New Prague officials say the allegations “could not be substantiated.”

Regardless of the findings, the Robbinsdale district says its stands by the account given by its students and coaches.

“We believe the team did experience racist taunts and jeers from the New Prague crowd,” read a statement from Robbinsdale Superintendent David Engstrom.

Engstrom said the district shared with New Prague officials its account of what happened. However, it refused to submit its student-athletes and staff to further questioning by New Prague investigators. District officials called it “a process that would have forced students and staff to relive their traumatic experience.” 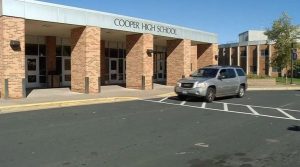 The Robbinsdale School District also says it will not compete in any athletic events against New Prague “for the foreseeable future.”

Added Engstrom about his student-athletes, “We are proud of the way they handled themselves amidst this display of ignorance.”