Restaurants Struggle to Fill Positions, Ask ‘Where Are the Workers?’

Now is an excellent time to be in the market for a job. Businesses are bouncing back from the pandemic. According to the Minnesota Department of Employment and Economic Development, the state lost 416,300 jobs from February through April 2020 and has since gained 235,300 jobs, or 56.5% of the jobs lost on a seasonally adjusted basis. The private sector has regained 57.7% of the jobs lost. However, many restaurants and retail shops tell CCX News that they are having a hard time filling positions.

“If there are good applicants, there are several employers that are trying to woo them,” said Josh Dykhuis, co-owner of Birdhouse Eat and Drink.

The Robbinsdale restaurant is short-staffed, so Dykhuis is also helping in the kitchen.

“It’s taxing, and I’m tired. We could use some cooks and servers,” he said. 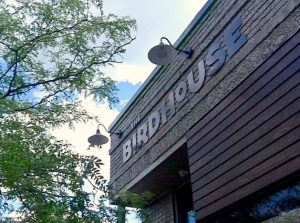 Birdhouse Eat And Drink opens in Robbinsdale is having a hard time hiring servers and cooks.

The popular eatery opened last August during the height of the pandemic and hasn’t recovered. The owner is putting in long days but is excited to return to normal by extending hours. But at the same time, he’s nervous about doing that.

“The question is, do we have the staff for it? And right now, I don’t think we do,” Dykhuis explained.

“Our vendors are frequently out of product, leaving us without the food, drink, and supplies we need to operate. There have been numerous times where suppliers don’t have the warehouse workers and drivers to fill our orders,” he said.

Restaurants on Worker Shortage: ‘We Can’t Hire Anybody’

Down the street at the Wicked Wort Brewing Co., the taproom and restaurant is also feeling the pain of trying to add people to the payroll.

Both the taproom and its coffee shop are in search of excellent employees.

“Between both companies here, we could easily use up to eight people,” explained Carlyle.

Members of the family-owned business are spreading themselves thin, filling in and covering vacant work shifts, and Carlyle sometimes cooks on Monday.

Some hiring managers say there are many reasons they’re scrambling to find employees. But the main factor seems to be some potential workers prefer to live off unemployment benefits, which have been higher during the pandemic.

“It’s great the government is helping out people in need, but at the same time, it’s kind of having a backlash effect,” said Dykhuis.

“They’re getting paid by the government, and they’re just not wanting to work,” remarked Carlyle.

Both Robbinsdale businesses say they hope things turn around sooner rather than later.