Hospital nurses, including those at North Memorial Health Hospital in Robbinsdale, plan to strike unless a contract agreement can be reached by Dec. 11.

Nurses voted Wednesday to authorize a strike. The Minnesota Nurses Association announced the decision Thursday, saying walkouts would start Dec. 11 and last until Dec. 31 at most hospitals.

This would be the second hospital nurses strike in recent months. The last one was a three-day strike in September that involved 15,000 Minnesota nurses.

Due to the pending strike, hospitals would have to come up with replacement nurses. Hospital systems say patients may need to reschedule non-critical care procedures, if an agreement can’t be reached. 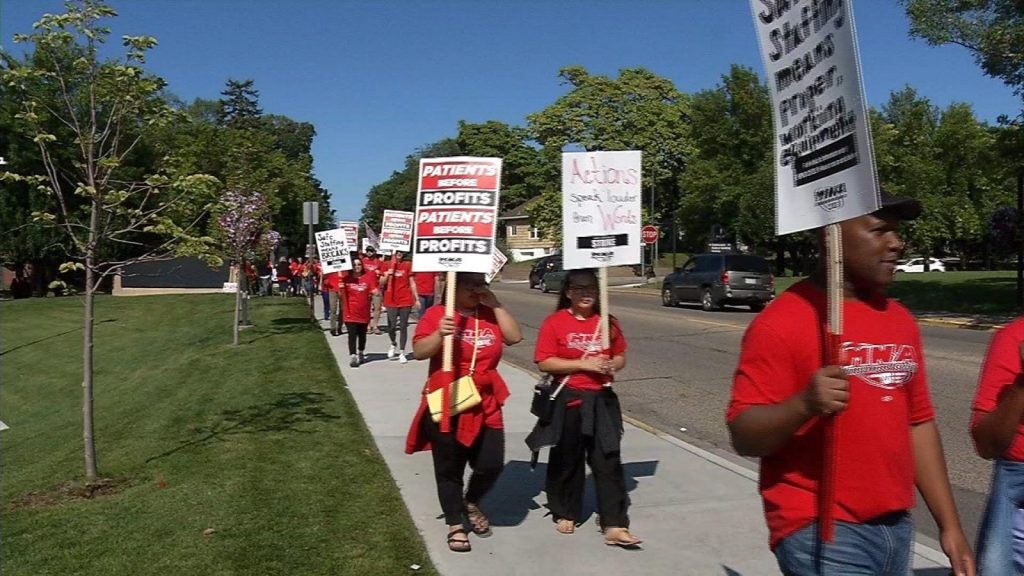 Also See: Nurses to Lawmakers: ‘We Are Exhausted’