For much of the past year, the thought of sitting in a dark room with strangers for an extended period of time to watch a movie seemed downright, well, Cruella.

“Yup, haven’t been in a theater since, wow, March of 2020,” said Debbie, a moviegoer from Golden Valley.

Now if you visit your local cinema, you’ll see that things are starting to change.

“As much as streaming is great, and it’s convenient, there is something to say about seeing something big and loud on the big screen, and also seeing it with a group,” said Tim Holly, the creative manager for Emagine Entertainment, which operates Plymouth’s Willow Creek theater.

Holly says most of the major studios held off on releasing their big budget blockbusters into theaters. But with the pandemic restrictions lifted, we’re going to see a fast and furious barrage of new titles.

“With all the release dates kind of getting pushed for a while, it just sort of ended up where like the end of this year just got stacked,” Holly said. “Where almost every single weekend, there’s something coming out.”

Cinemas are now banking on the idea that people are ready to trade their streaming services for the big screen. 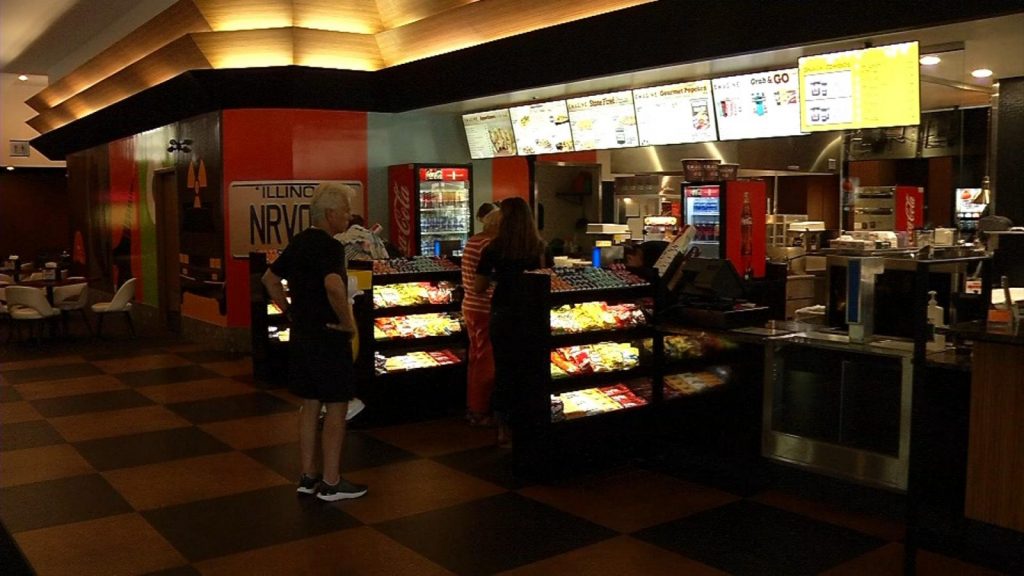 People lined up to buy concessions at Willow Creek in Plymouth.

Of course, something that you can’t get at home is the smell of the popcorn. It’s all part of the movie-going experience.

“It’s like super comfortable, versus being in your home you’re just sitting there by yourself,” said Cassidy Cruz, a moviegoer from Greenfield.

“I love the wide screen. I love the comfort,” said David Hawes, a moviegoer from Plymouth.

“We’re going to be indoors, in a movie theater, with theater popcorn — the best part,” said Debbie from Golden Valley.

Yet popcorn and other amenities can only do so much. Theaters have other things planned to lure people back, starting this week with Cinema Week.

“So we’re doing kind of double points for our members and stuff like that,” Holly said. “All the theaters are doing promotions. It’s sort of an incentive to just like, welcome back to theaters.”

After a year and a half of practically no revenue, officials at Willow Creek in Plymouth say it’s too early to say that theaters are out of the woods. But with some big releases on the horizon, they’re hoping that this story has a happy ending.

“We’ll come back healthy and strong. That’s kind of the goal at least,” Holly said.