The city of Plymouth currently does not have a public brewery or taproom. Soon it will get one. 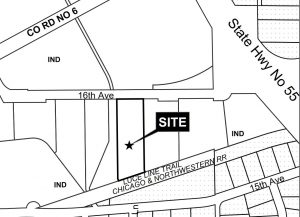 A pair of business partners plan to open Luce Line Brewing Company. As its name suggests, the brewery and taproom would be located off the Luce Line Regional Trail in the southeast part of the city. The precise location is in an industrial area west of Highway 55 and east of Xenium Lane, north of the bike trail.

The proposal by Tim Naumann, a Plymouth resident, and business partner Kate Coward includes a bicycle shop business in addition to the brewery and taproom. They expect to lease part of their space to Trailhead Cycling, a bicycle shop currently located in Champlin.

“We’ve worked very hard to put this brewery together,” said Naumann. “We’re taking great risk to do it.”

Coward said she hopes to open the business by fall, a time when the COVID-19 pandemic is expected to linger.

The Plymouth City Council approved a zoning amendment change and a conditional use permit on Tuesday to allow a brewery and taproom in this industrial area. A majority of council members also agreed to remove no parking signs on the north side of 16th Avenue that would allow for potential overflow parking. The business is also trying to work out a parking agreement with neighboring businesses. Luce Line Brewing would have 65 available parking spots on its premises. 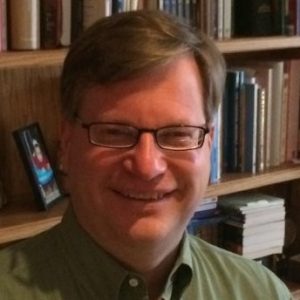 “We’re looking to be a positive part of the community,” said Naumann. “The on-street parking would certainly help us to facilitate that.”

Naumann said he wants his business to be a community gathering spot, noting there isn’t a trailhead between Parkers Lake and Medicine Lake.

“We’re going to become a de facto trailhead into the Luce Line and all the connected bike trails coming out Plymouth,” Naumann told council members.

There is not currently a trail connection to the proposed business from the trail, but Naumann says that idea is being explored. He also mentioned bike-themed events with its close proximity to the Luce Line Regional Trail.

Luce Line Brewing plans to have 14 beers and seltzers on tap initially, said Coward. Their hours are not finalized, but Naumann expects the taproom to be open 3 p.m. to 11 p.m. on weekdays and possibly open as early as 10 a.m. on weekends.

Plymouth Mayor Jeffry Wosje says the city has been trying to attract a taproom or distillery to the city for about six years.

“My personal preference was a distillery, but I’ll take a taproom,” said Wosje smiling.