There are plans to revamp the oldest playground in the New Hope parks system. Begin Park is located at 5407 Wisconsin Avenue North.

The playground equipment at Begin Park was last replaced almost 25 years ago. It was repainted in 2010. The city plans to get public input to see what changes residents would like to see in the park. Some changes mentioned so far include dog park fencing, a climbing feature, and native plants in the landscaping.

Construction on the improvements would begin in late spring and be finished during the summer. 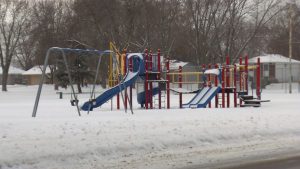 The New Hope City Council approved the project at their Monday night meeting. If you’d like to listen to the full discussion of the measure at the meeting, click here.