Along the Mississippi River in Brooklyn Park, you have a front row seat to nature. Now, that seat is about to undergo a transformation.

A development plan would bring major changes to Mississippi Gateway Regional Park, formerly called Coon Rapids Dam Regional Park. The Three Rivers Park District says it will be the largest redevelopment project it has ever undertaken.

“It will be a park that is definitely one of our jewels of our system and of our region,” said Jennifer DeJournett, commissioner with the Three Rivers Park District. DeJournett spoke to Brooklyn Park City Council members during its meeting Monday.

The park plan would build a gateway center that would offer space for classes, gatherings and views overlooking the river. The building would have a butterfly roof that’s able to capture rain water. The wing-design also gives a nod to one of the nation’s premier birding routes.

A treetop trail that’s 900 feet long and situated 10 to 25 feet above ground is also part of the plan. Such a feature is not found in any other park in the Three Rivers system. 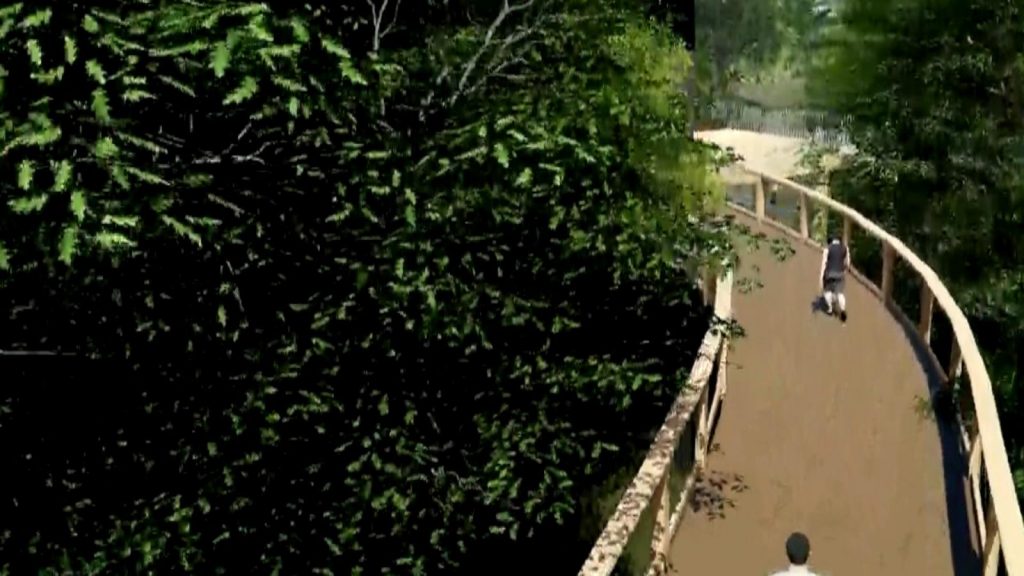 “I really, really love the nature play aspect of this park, just kind of taking advantage of what’s already there and making it such a huge amenity,” said Brooklyn Park City Council member Tonja West-Hafner, commenting on the project at Monday’s meeting.

The city of Brooklyn Park partnered with the Three Rivers Park District on the project, which has a $30 million budget. The city will chip in $4.5 million for design and construction, while the state will provide $5 million in bonding funds.

Additional plans include a West River Road underpass for bike and pedestrian traffic that is contingent on federal funding. The city controls land west of the road, while the Three Rivers Park District oversees land to the east that includes Mississippi Gateway Regional Park.

On the city portion of land, plans include an off-leash dog area and a proposed archery facility that would have 10 lanes. You can view more of the project at Monday’s council meeting here under agenda item 3A.

Further design will take place this summer. Construction is currently scheduled to begin in the spring of 2023. Once completed, officials believe it will become a new nature destination.

“I’m really proud of it and I hope you are too and that it meets your expectations,” said DeJournett.