Local entertainers have been hit hard by the pandemic. Performances have been canceled and not rescheduled.

The pandemic has been challenging for everyone. But there is a group who have been, without question, hit very hard. 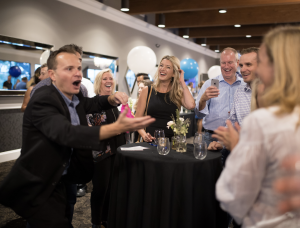 Local entertainers who make a living giving live performances say they have been devastated by  restrictions by the novel coronavirus.   David Farr has been a professional magician for practically all his life. Normally there are a lot of grad parties, corporate events and private parties. But, with the call for social distancing and limiting even small gatherings, David has seen business plummet. 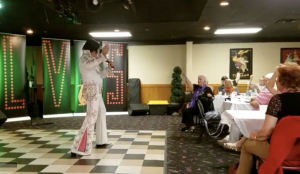 Todd Anderson is the man of a thousand voices, Elvis being his biggest draw. He normally plays senior living complexes, RV parks and does smaller intimate shows. He says he’s bringing in half of what he normally does this time of year.

“In mid-March suddenly the kibosh was on everything,” says Todd Anderson.

But Anderson has gotten creative. He’s been performing for senior centers, so seniors can be socially distant and watch the show from their balconies.

“I have a sound system that is actually portable. I can hook up a power inverter to a battery and power my speakers. I’ve added the FM transmitter so now people can not only watch the show from their balcony or from just outside the building, but they can stay in their room or in the building in the air conditioning with that FM stereo tuned to my station.” said Anderson.

Sterling is used to playing in front of even bigger audiences across the Midwest.

“I would say it’s probably 70 percent less. In between 60 and 70,” said Sterling about business this year.

Home studios are innovative, but virtual shows aren’t the same thing as in-person entertainment.   Crooners in Fridley stays in business presenting live entertainment. They are one of the luck ones with a parking lot they can turn into an outdoor concert venue, parking patrons much like a drive in movie.

“Many of the venues I perform at, for example Bachelor Farmer is a restaurant in downtown Minneapolis in the North Loop. Last year alone I had five events there. Five rather large corporate events. Big, big paying events. They’re now out of business permanently,” said Farr.

“I think there’s a lot of venues in Minneapolis that want to stay open and their heart is there and their passion is there. You know they’ve been for decades providing this great thing. But you know, math is math,” said Sterling.

For now when you ask how long this will go on, The Magic 8 ball says “ask again later.”

“Things are starting to open up a little bit now. Whether that translates to the September, October, November, December. We’re still kind of obviously in the future. We’ll see,” said Sterling.

Whether some entertainers can survive, and just what entertaining venues will be left to come back to, is unknown.

“But it’s not going to be the same year that I was, along with everybody else, that they were thinking they had,” said Sterling.