Students will head back to the classroom in a few weeks. Within that short amount of time, Minnesota’s fifth-largest school district will try to actively recruit teachers.

“I would imagine as we fill some of those positions, there will be other ones that open up, and we’ll keep needing to fill them,” said Kelly Wilson, Education Minnesota Osseo President.

According to Osseo School District officials, 18 percent of their openings are for teacher positions. As of Monday, that breaks down to 52 positions.

“I think 22 of those positions are special ed teacher positions,” explained Wilson. 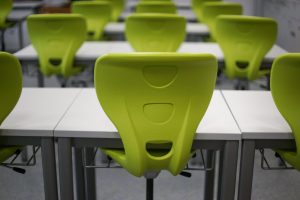 Districts across the country are facing teacher shortages, including Osseo and Anoka-Hennepin.

The union leader says there are several reasons for the teacher-staffing shortages, including low pay and what he says is “a lack of respect” for the profession. He also says some teachers are burnt out and leaving teaching altogether.

“We had 12 to 15 members who just left teaching altogether. It’s not something they can continue to do,” he said.

Meanwhile, the rush is on to fill vacant positions in the Osseo district before school starts.

“What they end up doing is moving people around or moving students around, and that’s not certainly what’s best for kids either. We end up with larger class sizes and caseloads,” explained Wilson.

He says the Osseo district is also trying to hire other positions like nurses and teacher assistants.

Meanwhile, the state’s largest district, Anoka-Hennepin, is also dealing with a teacher shortage and recruiting for 120 teaching positions.