The Osseo-Maple Grove American Legion will be holding a flag ceremony to honor the 99 Minnesota service members lost in wars in Iraq and in Afghanistan.

The flag ceremony takes place on May 29, one day before Memorial Day. The commander will call off the names of each veteran who passed as a flag is placed into the ground along County Road 81.

Iraq War veteran James Hultgren says this ceremony is a way to honor those who paid the ultimate sacrifice.

“Every generation has their thing that they they’ve done and for Iraq, Afghanistan, we don’t have that yet and so I thought this is a great way that we can pay tribute to those guys and gals that were out in the theater of operations with us that didn’t come back,” Hultgren said.

The flags will stay up for 24 hours and will be taken down on Memorial Day evening. The ceremony starts at 5 p.m. on May 29 at the Osseo-Maple Grove American Legion. 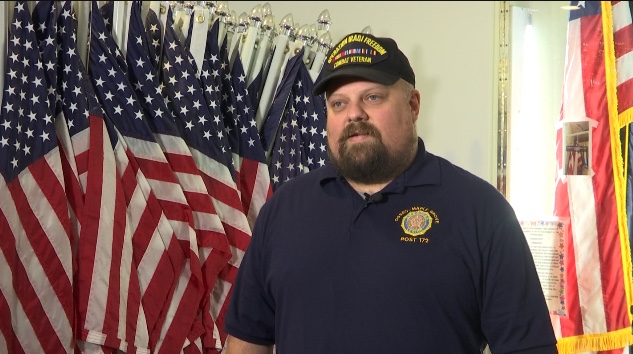 Local Veterans Honored at Maple Grove Veterans Memorial:  Bob Malecki from Brooklyn Park was one of 14… Read More
Osseo Discusses Changes to the Community Center Rental Policy:  The Osseo Community Center room is… Read More
Newsmakers: Hy-Vee Shares Hydration Tips and Tricks:  It's more important than ever to stay hydrated… Read More
Maple Grove Brewery Sends Spent Grains to the Farm:  What happens to the grains left over after… Read More
Plan Your Route Before You Go, 511MN.Org:  There are more than 200 projects underway on state roads… Read More
Edibles, Beverages, Containing THC Now Legal in Minnesota:  A new state law that went into effect on… Read More