For any city, street maintenance is an expensive yet necessary evil. And in parts of Osseo, there are several streets that have seen better days.

“Starting with 3rd Street northeast here, this runs along the school property, you can see the cracking that exists within the streets and some of the issues along the curb line,” said Emily Brown of WSB and Associates to the Osseo City Council during a presentation Monday night.

The condition of six specific stretches of road, and how to go about repairing them, were the subject of a lengthy discussion at Monday’s Osseo City Council meeting. 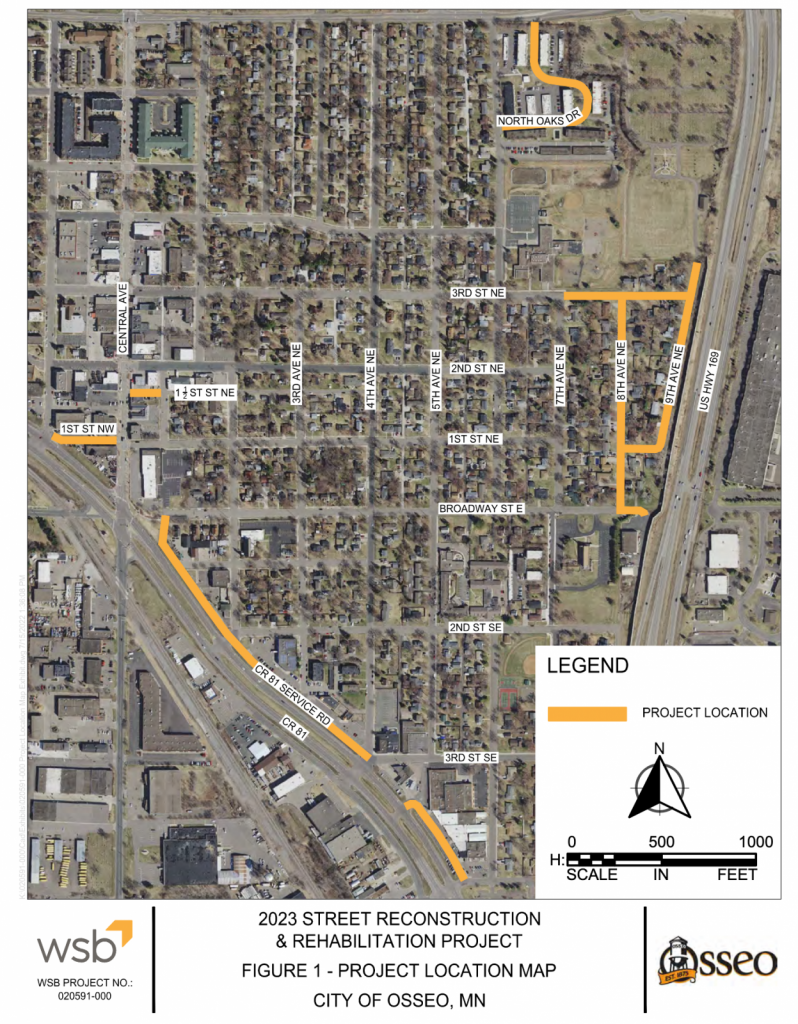 The proposed areas of street reconstruction in Osseo.

Part of that discussion included whether to include new sidewalks on those streets. Opponents of those sidewalks made their voices heard.

“Let’s be a little more proactive and look at fixing the sidewalks we have now before you add new ones,” said John Hall, an Osseo resident and also former mayor in the city.

By and large, the council agreed with sidewalk opponents.

“I don’t support the sidewalks down there. I just don’t think they make any sense,” said Osseo City Council Member Alicia Vickerman.

Yet the issue of the street reconstruction, and the $1.55 million price tag, was a slightly more complicated discussion. 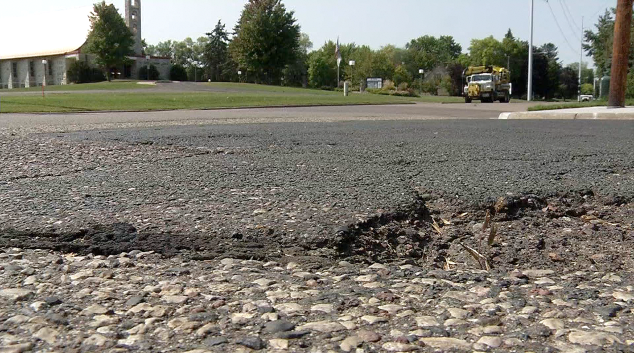 An example of some of the cracks found on streets in Osseo.

Some wanted to delay the project due to the cost and other budget priorities.

“We’re kind of getting hit with a perfect storm, and if we can push this stuff out I think it makes all the sense in the world,” said Osseo Mayor Duane Poppe.

Others were apprehensive because by waiting longer, the price tag could possibly go up.

“I’m actually really on the bubble about this,” said Osseo City Council Member Larry Stelmach. “I know it’s a little bit like going to Vegas. Could get smoked.”

Ultimately, the council rolled the dice and opted to delay the project and just patch the problem areas.

“It is a Band-Aid measure for sure,” said Osseo City Administrator Riley Grams.