James Stanback was killed last July when a pallet of lumber fell on the forklift he was operating.

According to OSHA records, the Menards on Wayzata Boulevard was fined $25,000. OSHA issued a citation for violating rules on secure storage: “Storage of material shall not create a hazard. Bags, containers, bundles, etc., stored in tiers shall be stacked, blocked, interlocked and limited in height so that they are stable and secure against sliding or collapse.”

Menards contested the citation and the case remains open. 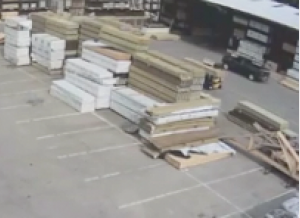 A photo from a surveillance showing the forklift. Courtesy: Menards

After the tragedy last summer, the store released a statement saying, “we are a small family here at Golden Valley and we are all in shock. Our thoughts and prayers are with our Teammate and his family.”

The Golden Valley Menards had not had any OSHA inspections in the five years leading up to the incident and was generally considered to be a safe workplace. 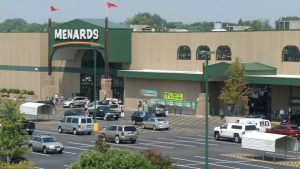