It’s a challenge facing police departments across Minnesota, including here in the northwest suburbs: not enough officers and not enough people that see policing as a future career.

The city of Osseo is among those battling the officer shortage problem. Osseo Police Chief Shane Mikkelson says the officer-involved killing of George Floyd in Minneapolis two years ago changed everything for hiring officers.

“We’re still struggling,” said Mikkelson to city council members on Monday. “We’re right in the midst of one of the biggest labor shortages we’ve ever seen in our state for sure.”

Mikkelson says the city has lost four officers in the last year to other agencies. The department is trying to get by and is currently training in two officers, who could be ready by November, he said. The city is authorized for six full-time officers.

The city currently has four full-time officers on duty. That includes the chief himself. One Osseo officer is out with an injury, Mikkelson said. The chief says the city has also relied on part-time officers, some of them retirees, but that too has become more difficult as some decided to leave the profession or others wanted to focus on their full-time police job.

During the hiring shortage, Mikkelson says the city has also experienced an increase in the number of police calls. It’s forced the city to deny vacations for its officers.

“Everyone is struggling and looking for police officers,” said Mikkelson. “When you’re trying to compete with larger agencies or higher pay, it’s really hard to keep your people within your department.”

“I think it speaks to the quality of our department that people are getting poached,” added Osseo City Council member Alicia Vickerman. “Even though it’s unfortunate for us, I think this is a really desirable city to work for.” 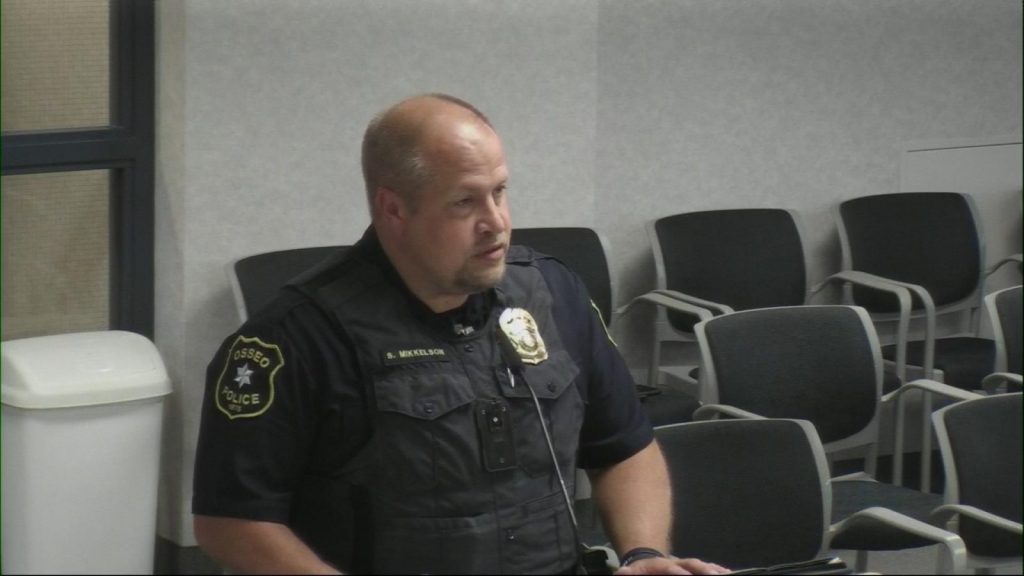 This week, the Osseo City Council approved letting the department seek the hire of an additional police officer. Mikkelson says it can take six to eight months to train new officers to be out on their own on patrols.

The council also approved the creation of a new police lieutenant position to eventually help the department with supervisory duties. The role would also fill shifts as needed. The new position would start once Osseo hires the additional officer.

“It would also give us more supervision at night,” said Mikkelson.

The budgetary impact is not expected to be significant, as overtime costs would be reduced.

Osseo City Administrator Riley Grams says with overtime, nearly half — 48.1 percent — of the city’s police budget has been consumed through end of June, calling it “pretty much right on track.”

Mikkelson said he doesn’t foresee the police shortage to change for at least the next five years, noting the openings statewide.

“There’s over a thousand openings right now,” he said.