The FAA has cleared North Memorial’s helicopter fleet to resume normal flight operations, but the hospital has announced crews will voluntarily remain on the ground to allow the Air Care team the opportunity to recover. Last week a helicopter crash near Brainerd killed two staff members.

The Federal Aviation Administration (FAA), has cleared North Memorial Health’s helicopter fleet to resume normal flight operations.  We will, however, voluntarily  remain on the ground to allow our Air Care team the opportunity to receive the support they need and out of respect for our fallen crew members.  We will provide an update when the decision is made to begin air care operations. Our ground EMS operations will continue to operate as usual.

Robbinsdale-based North Memorial Health is coping with the loss of a nurse and one its helicopter pilots following a crash early Friday morning in Brainerd.

The crash of a North Memorial Health AgustaWestland A-109 helicopter occurred in foggy conditions at around 1 a.m. Friday. A third crew member was injured and taken to a hospital in Brainerd. No patients were on board. 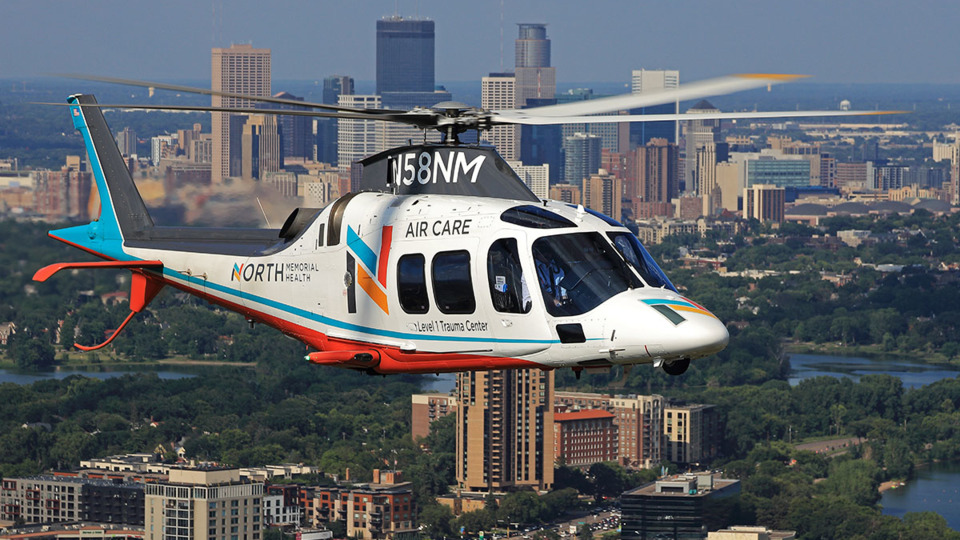 As of Friday evening, the names of the victims had not yet been released. The Federal Aviation Administration and National Transportation Safety Board have been called in to investigate the cause of the crash.