Violent crime is on the rise in the Twin Cities and in the suburbs too.

“What we see is violence follows other violence. We are trying to get in the middle of that and slow things down,” said Lunde.

For example, Lunde says a gunshot victim’s friends will gather at HCMC or North Memorial Health Hospital. The anger often turns into retribution.

“With the interrupters there, let’s take a moment and let that moment happen and try to stop the cycle,” said Lunde. “We’re hoping to see things like that and we’re hoping to help victims too.” 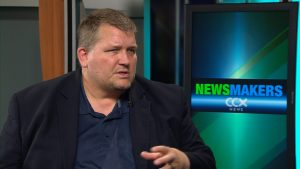 Lunde says Hennepin County is working on $250,000 in funding for Brooklyn Center and violence intervention in Brooklyn Park.

The funding also includes money for violence interrupters and more resources for public defenders to address the issue of backlog.

“Justice delayed is justice denied, so we want to fix that,” said Lunde. “There weren’t enough public defenders.”

Lunde says the money and programs will be phased in over two years, and success will not be immediate.

But he does have high hopes for the difference the funding will make.

“I think this is real stuff. It’s not feel good, pat-yourself-on-the-back-stuff that I personally hate. It’s about getting the money out to the people doing the work,” said Lunde.