A new draft alignment for the METRO Blue Line light rail extension puts the route through north Minneapolis on West Broadway into Robbinsdale.

“Our ridership numbers should actually increase, because now we’re serving the greater population,” said Hennepin County Commissioner Jeff Lunde. “There’s still a ton of details and an additional stop in Robbinsdale as well as North Memorial.”

Lunde says there will be several assessments and processes in the next 12-18 months to determine the route. For example, determinations will have to be made as to where the stops will go, where pedestrian crossings will be, and where exactly the route will run, whether it’s on one side of West Broadway or in the middle of the road.

“No one during the last year of engagement, after over 30 meetings in Robbinsdale, said ‘[County Road] 81 is great. I love crossing it as a pedestrian.’ Nope, not a single person,” said Lunde. “We know there’s a lot of improvement, not just at the stops.”

Lunde says that’s where residents can get involved and voice their opinions. 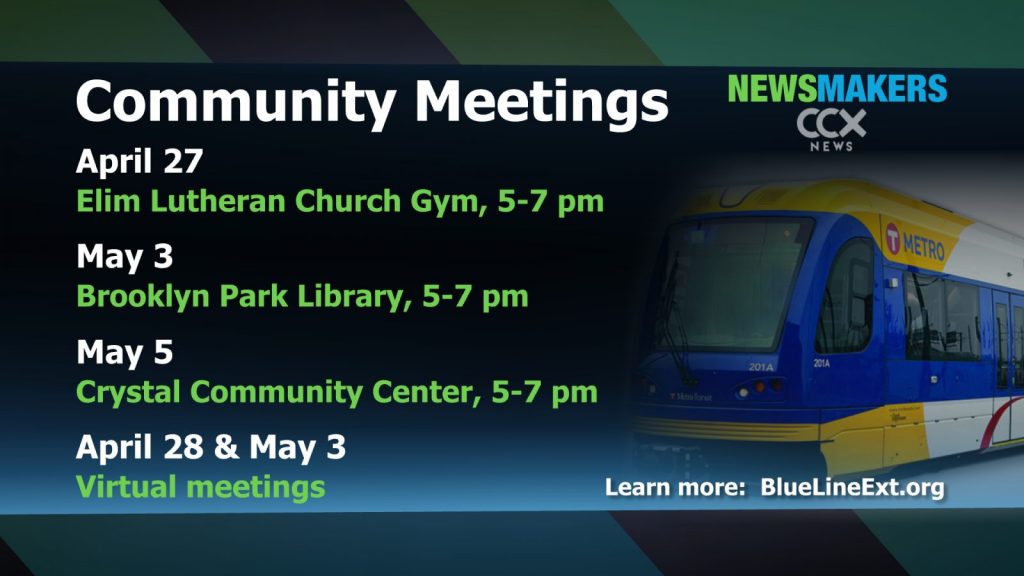 “If you don’t engage and you have a really great idea, it’s not going to get in the system,” said Lunde. “This is the moment to get involved. If you sit back and say I don’t care, then your idea will never get added.”

Cities along the route still must give municipal consent.

Lunde is optimistically hoping that work will be done on the light rail in the next three to four years.