Robbinsdale Superintendent David Engstrom is getting to know his new school district by cycling through neighborhoods.

He is an avid cyclist and is taking a very up-close and personal way of getting to know the district.

Engstrom says he’s glad to be back in his home state. When CCX News crews met him, he cycled in a shirt from one of his alma maters, the University of Minnesota.

“This is where my roots are,” said Engstrom.  “I lived in Colorado calling myself a misplaced Minnesotan who lives in Colorado.” 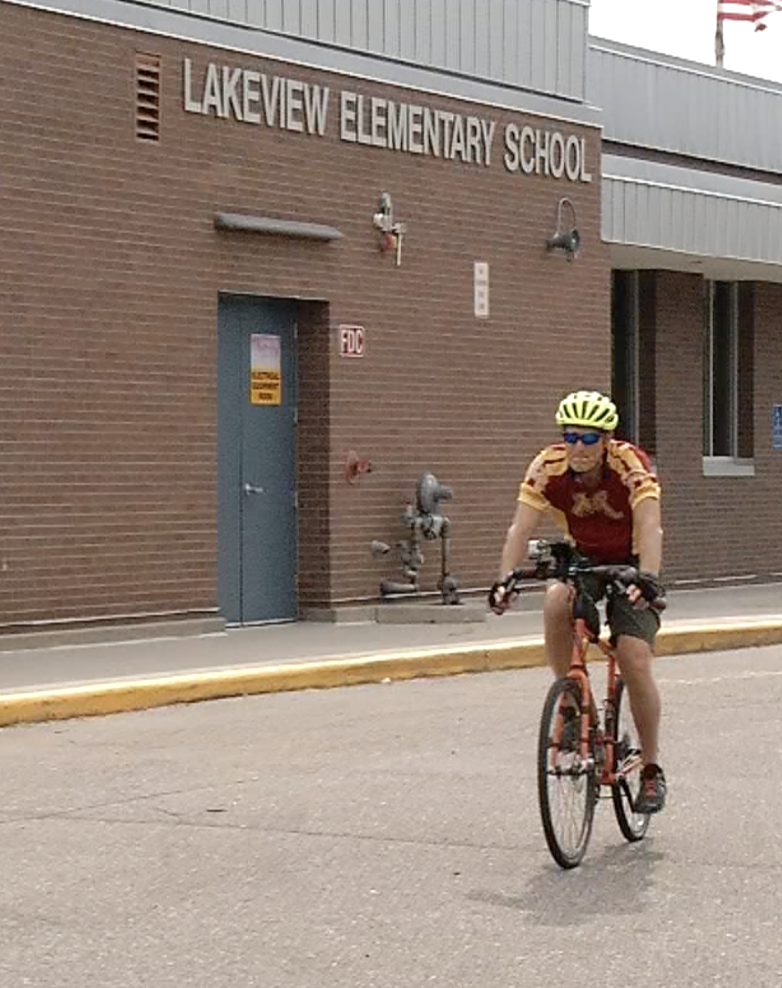 And what better way to get to know the district where the kids live than to cycle it.

“I thought what a great way to be able to get out. To see all of the seven communities that the Robbinsdale Area School District serves,” said Engstrom.

‘You get to see all the diversity’

Engstrom enjoys cycling, but admits going through suburban neighborhoods can also be redundant. But the people are not.

“When you’re on a bicycle and you’re biking on all of the streets and taking a whole area around one of our elementary schools and bicycling all of them you get to see people as they are living in their yards. You get to see the homes that they live in. You get to see all of the diversity that exists in our district,” said Engstrom.

So far he’s gone out on six rides and done about 80 miles.

He figures he has about 30 more rides like that to cover the district.

“And that would mean it would be about 400-450 miles. I’m estimating that would be all the streets in the school district,” said Engstrom.

So if you’re excited about coming back to school this fall in the Robbinsdale district, there’s a really good chance superintendent Engstrom will have already been by your home.

“I know where you live,” laughed Engstrom.