New Hope police continue to investigate a violent carjacking and robbery that involved elderly victims. The incident happened around 3:50 p.m. Wednesday on the 9400 block of Northwood Parkway in New Hope. 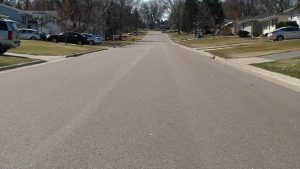 New Hope Police say multiple individuals forced two elderly victims in their 60s and  70s out of their vehicle. The carjackers stole items from the victims and then fled in the stolen vehicle through neighboring cites including Robbinsdale and Minneapolis.

Robbinsdale police tried but was unable to stop the robbers in the fleeing vehicle. Once the stolen vehicle escaped into Minneapolis, authorities say they were met by a crowd of people, many of whom tired to obstruct the investigation. The crowd also made it unsafe for an ambulance to enter the area, police said. 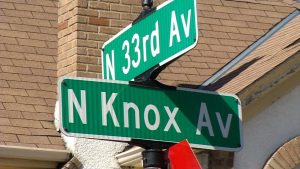 3300 block of Knox Ave. N. where carjackers stopped vehicle and fled on foot

As far as the carjacking, New Hope Police say this is an isolated incident.

“This is not a trend in New Hope,” said New Hope police officer Brad Kallio. “This is an extremely isolated incident. I would say to our residents that you’re not any less safe than you are yesterday. Sometimes bad things happen and it’s really unfortunate, but that’s why we’re here.”

The three carjackers all ran from the scene after ditching the vehicle in Minneapolis. Police were able to arrest one suspect, a juvenile male they found hiding in a shed.

The arrested suspect was turned over to New Hope police as part of their investigation.