As Lyndon Carlson sat in the New Hope City Council meeting this week, he reflected on his first time visiting the council back in 1973. Back then, it was his first city council visit after being sworn into office.

Carlson remembers the hot political issue on the agenda that night was redistricting. One council member was concerned that redistricting had divided New Hope into three house districts and two senate districts.

“He wanted and advocated that New Hope should be in one district, not three,” remembered Carlson, who then explained that perhaps the council member could consider Duluth only had two senators and three house members. “I said, you know with that redistricting plan, New Hope has as large a delegation as Duluth.”

Carlson’s remembrances drew chuckles from the council members. He credits votes from one New Hope precinct as getting him elected in his first race.

“I have to say thank you, you got me off to a good start,” said Carlson. “Little did I know I would be here retiring 48 years later.”

“When you are in St. Paul, you have to be an advocate for the cities you represent. I’ve always had a good working relationship with people in NH as well as people in leadership positions,” said Carlson. 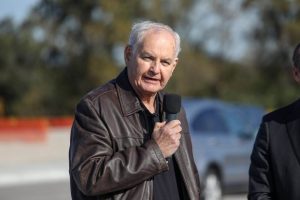 Council Thanks Carlson for Service

The city council passed a resolution thanking him for his service and for his role supporting projects and legislation benefitting the city. The resolution thanked him for helping secure funds for the New Hope Aquatic Park and the New Hope Ice Arena as well as being a strong proponent of Local Government Aid.

“The one thing that always stuck out with you for me is that you were respected. You always acted respectfully,” said council member John Elder. “People may not have agreed with what your thoughts were from the other side of the aisle, but they respected you.” 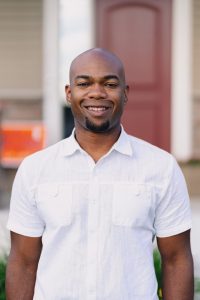 Council member Cedrick Fraizer also had a chance in the meeting to thank Carlson for his service. Voters elected Frazier to take Carlson’s seat.

“When I think about what you’ve done, you’ve set a standard. You’ve almost been a conscious, moral compass, they are going to miss your institutional knowledge, your calmness and your calm, steady hand,” said Frazier. “I can only hope I can give them a bit of that when I join them.”