“When comics come to town, even now, they know that they’re coming to perform in front of a crowd that understands comedy, that appreciates,” said Patrick Strait, a local author.

Some of those comedians likely honed their skills at the New Hope Cinema Grill.

Strait is an expert in these matters. He’s the author of a new book called “Funny Thing About Minnesota…” The book explores the history of standup comedy in the Twin Cities. 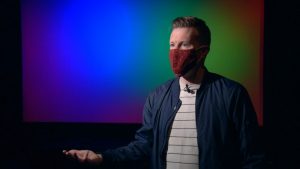 Patrick Strait spent about two years writing and researching information for the book.

Strait spent the better part of two years finding out the answer by talking to the people responsible for the birth of Minnesota’s comedy scene.

One of those people was longtime Maple Grove resident Scott Hansen.

“Patrick gave me a call and he said I’m working on this book and your name keeps popping up,” Hansen said.

Hansen is one of the five original comics who helped establish standup comedy in Minnesota.

“It didn’t just happen one day that there were comedy clubs. There were a bunch of people, a small handful of people, rather, that took that and decided to make it their life’s work,” he said. “We’re just a bunch of guys who really just wanted to tell jokes.” 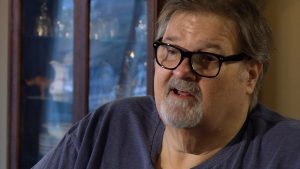 Comedian and businessman Scott Hansen is one of the key figures in the book.

After telling jokes on stage, Hansen eventually evolved into a businessman who ran comedy clubs in Minnesota. He also helped to develop talent, although it wasn’t always smooth sailing.

:Business-wise, yeah we slugged it out once in a while,” Hansen said of his business dealings with other comedians. “And I don’t think you could have the quality we had without people battling.”

Meanwhile, after all these years, it’s a business that’s still alive and well today at venues like the Cinema Grill.

“The Cinema Grill, they get it, they appreciate it, they’re super supportive of comedy,” Strait said. “And it’s really important, I think not just for the comics but for the audiences as well.”

The 224-page book came out in February. You can purchase it through the Minnesota Historical Society or at many local bookstores.