The same developers behind the Hollydale golf housing plan in Plymouth also have a plan to turn a Maple Grove nature area into homes.

The Elm Road project, led by Plymouth developers Jake Walesch and Dave Gonyea, would build 106 single-family homes in an area north and south of Elm Road between Lawndale and Vicksburg lanes. The proposal would build custom homes that would range in price between $650,000 up to $1.5 million. This area is in the Wayzata School District.

There are several Maple Grove homes that would be torn down to make way for the new homes. The city council is expected to decide whether to approve the project Monday, March 2.

Maple Grove Planning Commission members who reviewed the project Feb. 24 say they received about 20 pages of emails, many of them concerned about the loss of nature.

“This area is the last prime area left in Maple Grove,” said Ruth Kulberg, pointing out the rolling hills, woods and Elm Creek that run through the site.

“Once that green space is gone it’s gone. It doesn’t come back. You don’t knock down neighborhoods to build trees, plant trees. It doesn’t happen,” said Robert Lavigne, who lives near the project site. “We’re not saying don’t develop. We understand progress is progress and development is coming. Let’s do it as responsibly as we can.” 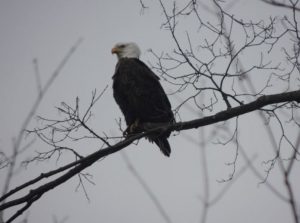 “The city of Maple Grove has well over 100 acres of public open space. A lot of what we got here is and what we’re talking about developing is private property,” said Craig Lamothe, a Maple Grove Planning Commission member.

However, Lamothe was concerned about development on two lots and whether there was enough buffer to protect trees on neighboring properties contained in the city’s Tree Preservation Zone. While such a zone doesn’t restrict development entirely, construction activities could be prohibited if there’s evidence that it would significantly harm protected trees.

Lamothe helped add a condition for the project to be approved. That condition requires the developer to provide evidence that a buffer will not degrade the existing forest within adjoining properties.

The Maple Grove Planning Commission unanimously recommended approval the Maple Grove homes with conditions. The city council will have the final say.

“While I’d love for it to stay the way it is, that’s not realistic,” said Susan Lindeman, a Maple Grove Planning Commission member.