Minnesota State Patrol is seeing a significant increase in DWI arrests this year. More than 16,000 people have been arrested this year for driving while impaired. Minnesota Department of Public Safety officials say most arrests are from people drinking alcohol and driving.

However, State Patrol is also pulling over people under the influence of drugs which includes illegal drugs, prescription drugs, and now-legalized THC edibles.

“Impaired is impaired, and it doesn’t matter what a person is impaired by. It’s against the law to operate a motor vehicle while under the influence of an impairing substance,” said Mike Hanson, Director, Office of Traffic Safety Minnesota Department of Public Safety. 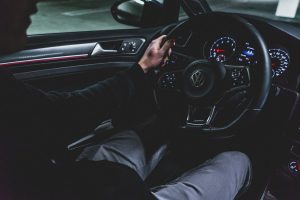 The Department of Public Safety says there are seeing an increase in DWI arrests this year.

Increased Patrols Target People Under The Influence Of Drugs or Alcohol

The Minnesota State Patrol and other law enforcement agencies will patrol the streets in the next few weeks, targeting impaired drivers. Troopers are trained in spotting people under the influence of drugs will also be out on patrol.

“These are patrol officers who have gone through a really rigorous and really extensive training regimen that enables them to perform an examination who is under the influence other than alcohol,” explained Hanson.

Public Safety Officials say there has been a 123 percent increase in drugged driving incidents in the past five years. The Safe and Sober Campaign runs through September 5th.