The Minnesota Department of Employment and Economic Development (DEED) held a roundtable discussion Monday to talk about the need to attract more workers to the manufacturing sector.

The worker shortage is prompting the industry to make changes, not just in how it operates, but also how manufacturers market themselves.

“I think there is a misconception that it’s kind of a dead-end job where you’re standing in front of equipment all day long,” said George Chapple with Daikin. “There’s a plethora of opportunities for people if they just saw what manufacturing really was.”

Manufacturing is the state’s third largest industry employer, providing more than 310,000 jobs or 11 percent of the state’s workforce. The industry also added 15,000 new jobs this year, an increase of 5 percent, according to statistics provided by DEED.

“They are jobs that have extraordinary careers within them and they’re jobs that I think not enough people know about,” said DEED Commissioner Steve Grove.

Economists also predict 75,000 new jobs in the manufacturing sector over the next 10 years, Grove said.

But finding workers with skills to fill those jobs is proving to be a tremendous challenge. It has led some manufacturers to make significant investments in infrastructure and equipment.

Kalina says automation has led to higher-paying jobs in the industry. The average annual wages for workers in manufacturing are $74,630, 10 percent higher than across all industries in Minnesota, according to data provided by St. Paul-based CareerForce.

“The machinist is focusing on the programming or running the automation or problem-solving and then the automation is taking care of the rest,” said Kalina. “I mean, it’s a big selling point for us in that now we can pay more for those jobs because it’s just a higher concentration of value-add and just better rewarding.”

But automation has led to another challenge, Kalina said. He says most of the smaller 30-person shops don’t have labor and resources to deploy and manage the automation.

The state is trying to help with that. DEED is launching an automation loan program, providing low-interest financing to small and mid-sized businesses. Loans of up to $500,000 aim to help companies with fewer than 500 employees to purchase machinery or software to increase productivity. 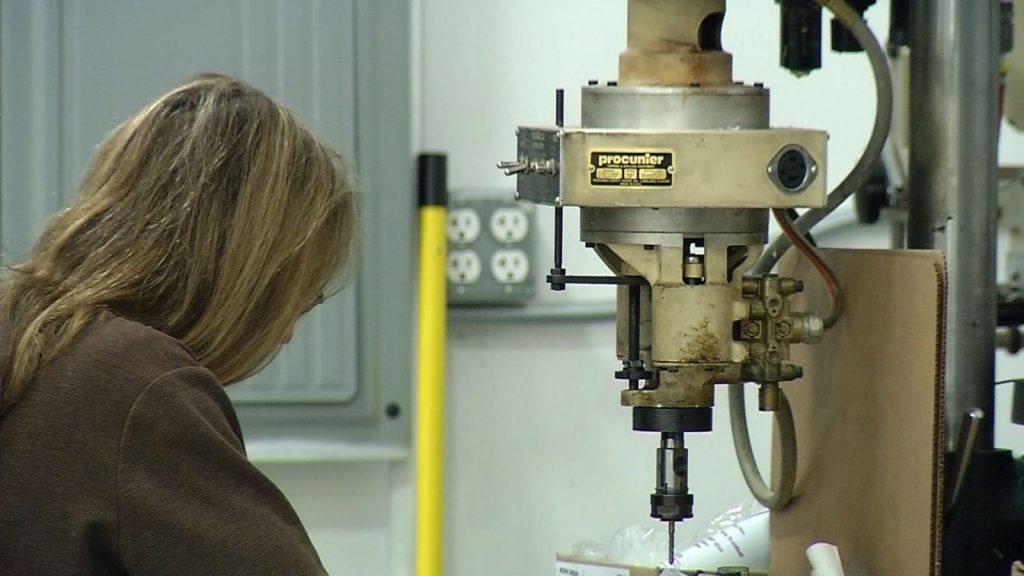 ‘Opening the Doors Is the Key’

Manufacturers who spoke at Monday’s virtual roundtable stress that manufacturing is “not a dirty job” like it was decades ago. But they say that perception is hard to change and note that students attending technical schools across the state has dropped.

Another manufacturer mentioned how the burden of training employees has fallen on employers themselves. And once they’re trained, keeping them is difficult too.

“We’ve got to figure out a way to incentivize employees to also want to stay,” said Lance Louis with Louis Industries in Paynesville. “We’ve got to take a hard look at how we keep these people on the job site with the employers that are spending the time and effort training them.”

Kalina’s organization in Plymouth is working on ways to open up doors to nontraditional employees.

“Opening the doors is the key,” said Kalina.

But increasing the manufacturing workforce could also come down to changing perceptions. And it starts at an early age, he said.

“To me that means these students have a comfort level, whether it’s a comfort level with what they know working at a McDonald’s or if it’s the comfortable getting a four-year degree,” said Kalina. “There’s certain things still baked into our society. It’s going to take a long time and a lot of effort to get them to let go of that.”