A Minneapolis man is charged with assault for allegedly spitting on two Brooklyn Center police officers. Chaz Lawrence Neal, 45, is charged with two counts of fourth-degree assault on a peace officer.

The incident occurred as police were trying to re-secure a gate at a press conference held by Katie Wright, the mother of Daunte Wright. Several people had gotten through the gate and blocked one of the entrances to the police department. The criminal complaint says Neal spit several times, hitting one officer on the hands and another officer on his arm and uniform.

According to the complaint filed by Hennepin County prosecutors:

One of the Brooklyn Center officers told Neal “Don’t spit on me, please don’t spit on me.” The suspect responded by telling the officer to “shut the f*** up,” then spitting toward the officer once more. A police body worn camera captured the interaction. Neal also allegedly recorded the encounter, posting it on the “Chaz Neal for human rights commission” Facebook page.

In another video from the same account, Neal allegedly stated “So I really wanted to f***ing punch the police officer, so instead of punching him I did what’s better because I’ll tell you right now, there ain’t nothing more degrading than being spit on and I wanted to degrade him.”

The incident happened May 5 during a press conference held by Katie Wright. She’s the mother of Daunte Wright, the 20-year-old who was shot and killed in April 2021 by a former Brooklyn Center police officer who mistook her service weapon for a Taser.

The press conference by Katie Wright followed an incident in which Wright stopped her vehicle on Highway 252 to record a suspect arrest. One of the officers then crossed the median telling Wright she couldn’t have her vehicle in the median. During the encounter, Wright claims the officer injured her wrist.

Neal is scheduled to appear in court June 10. 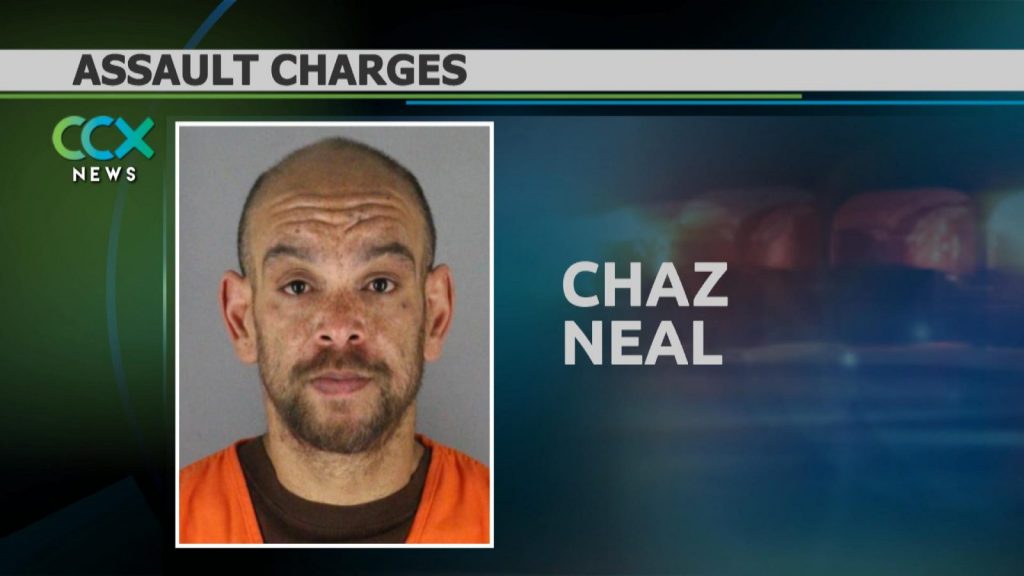 Corey Bork contributed to this report