On Main Street in Maple Grove, the newest suburban coffee shop is working to bring back that friendly neighborhood vibe. Kingdom Coffee opened in June taking the spot of a former Dunn Brothers Coffee in just a couple weeks’ time.

“The leaving here at 1 a.m. and having to be in here by 4 a.m. the next day was like, ‘okay, should I sleep in my car? Or should I quick run home?'” recalled Isabelle Lanari, owner of Kingdom Coffee.

“This was my first job, was at the Dunn Brothers. That was here, and then here I am owning a coffee shop,” said Lanari.

Making it happen hasn’t been easy.

“At first I was like, ‘okay, what did I get myself into?'” said Lanari. “I was working 12-hour days and then roasting starting at 9:30 at night to be able to open the next day.”

Lanari, the oldest of six, says she received help from her family to get the business going. Some of her family are still on staff.

“My sister and my mom were working here this morning. Like I said, I’m the oldest of six kids. So they helped out a lot,” she said. 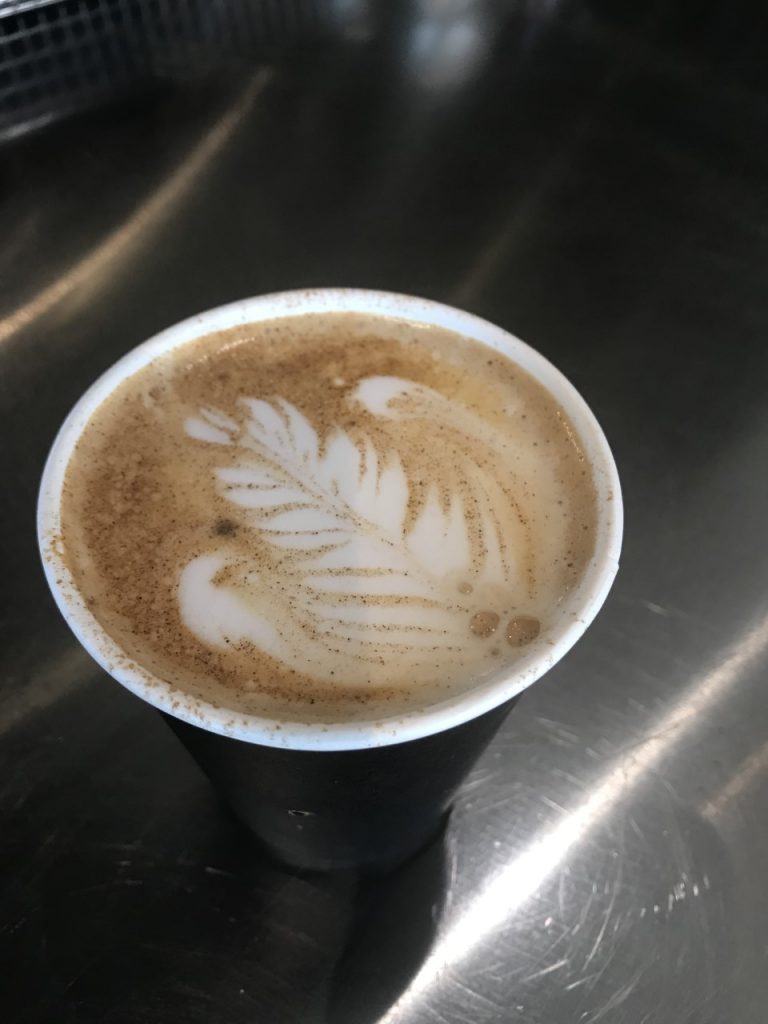 Photo of Kingdom Coffee’s Miel, a latte made with Minnesota honey and cinnamon.

Lanari, a Maple Grove resident who attended nearby Maranatha Christian Academy, says she wanted to create a neighborhood feel for her coffee shop. One of her most popular coffee drinks is named after … well, a neighbor.

“Our popular drink is the Sandy. It’s named after a lady in our neighborhood that our family has just come to love,” said Lanari.

The Heather, named for Lanari’s mom, is a cold-press coffee made with house-made vanilla and cream.

Now with a total of 12 staff members — 2 full-time and 10 part-time — Lanari says she plans to focus on her roasts and how she hopes to distinguish her coffee shop.

“We’re working toward that specialty-grade coffee, like downtown, but bringing it into the suburbs,” she said.

So far, the reception has been good.

“We’ve been so so busy, which is amazing,” said Lanari. “It’s something I wasn’t expecting for sure.”

“I would say the energy,” said customer Melanie Cocalis, who comes a couple times a week for work. “Knowing the staff and the personable approach to the coffee. And the coffee is delicious.”

Most of all, Lanari hopes her place can bring back connections separated by the COVID-19 pandemic.

“This is a space where you won’t feel alone. And that something that’s been very cool.” 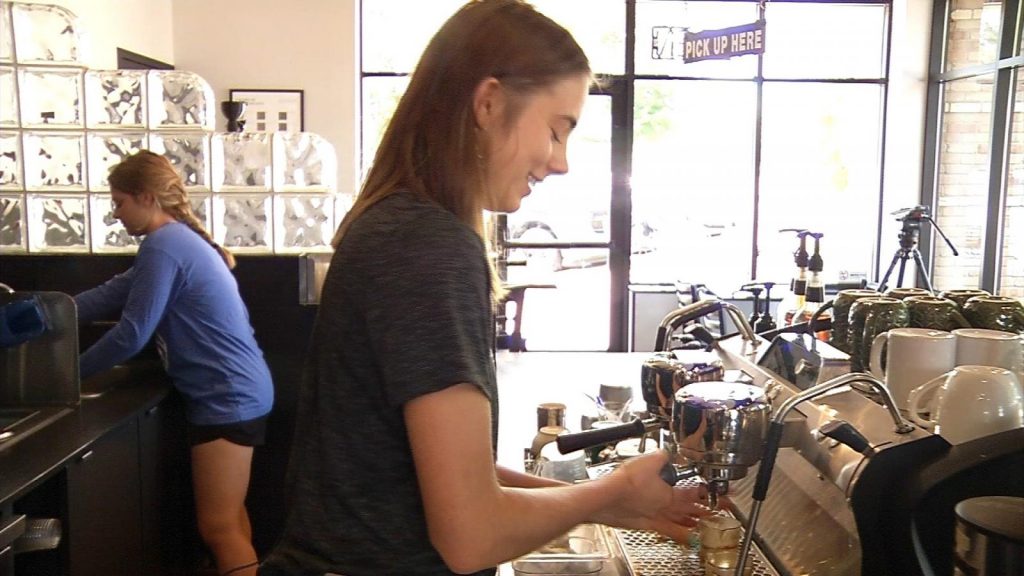 Isabelle Lanari works behind the counter at Kingdom Coffee