Every year, roughly 700,000 people from across the Twin Cities make their way to the Maple Grove Community Center for a variety of activities — whether it be on the ice, in the pool, or in the senior center.

But after 25 years, any building will have some wear and tear.

“It was starting to have some real structural issues,” said Maple Grove Mayor Mark Steffenson.

Some of those structural issues include needing a new HVAC system and a new roof. But then, there’s also the growing needs of a community that has 23,000 more residents than when the building was first built in 1997.

Residents have asked for another sheet of ice, new swimming pools, more space for seniors and additional room for banquets and other events.

All of those changes would come with a price tag of $116 million.

On Tuesday, by a comfortable margin of nearly 11 percentage points, voters approved a half-cent local option sales tax increase to help fund $90 million of those improvements.

“I expected it to pass,” Steffenson said. “I think that when I talked with people in the public, they had some questions about it. There was some confusion about what it really meant, but I think once you explained it to them, they understood why it made a lot of financial sense for them to say yes.” 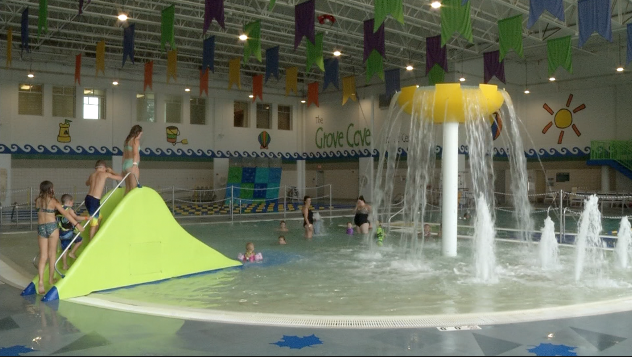 Expansion of the aquatics facilities are one of the improvements likely on the way at the Maple Grove Community Center.

Sharing the cost with non-residents

One reason it made sense is because the burden doesn’t fall entirely on Maple Grove residents. Instead, anyone who shops in the city, or eats at a restaurant, will contribute to the fund.

“It’s good for our citizens that 55 percent are going to be paid by other people and not by them, so that’s a nice split to occur,” Steffenson said.

About 55 percent of the sales tax for the community center – or $49.5 million of the cost – would be paid by non-residents, according to estimates by the University of Minnesota Extension Center. For residents of Maple Grove, the estimated cost of the half-cent sales tax would be about $3.20 per month.

Meanwhile, work on the community center likely won’t begin until 2024.

As for when the sales tax would be implemented, the city must first pass an ordinance imposing the tax and notify the Minnesota Department of Revenue at least 90 days before the first day of the calendar quarter during which the tax is to be imposed. There is also a 60-day notice requirement for the public, which would be posted on the city of Maple Grove website.

Mayor Steffenson says he also hopes the city will get another $18 million in state bonding dollars to help with the project.