In the field of medical technology, new projects and ideas begin in a laboratory.

At Francis Medical in Maple Grove, the work done by the staff members could one day make a huge difference in the treatment of prostate cancer, which affects an estimated one out of every nine men in America. 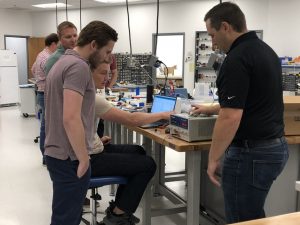 “If you look at patients who are treated with prostate cancer, they have two choices: either have the prostate removed, through a surgical procedure called a radical prostatectomy, or radiation,” said Francis Medical President and CEO Mike Kujak.

However, both of those common prostate cancer treatments come with unwanted side effects, such as urinary incontinence and erectile dysfunction.

“And so men are craving right now something to treat their cancer but not deliver those side effects,” Kujak said.

‘Only a few drops of water’

The Francis Medical staff is trying to provide another treatment option for prostate cancer that uses thermal water vapor to deliver targeted treatments to the cancerous tissue.

“It’s only a few drops of water for each treatment that goes into the prostate, and it’s done transurethrally, so there’s no incisions, no scars, it’s minimally invasive,” said Michael Hoey, founder and chief technology officer at Francis Medial. “The patient gets up and goes home.”

Hoey started the company as a tribute to his father, Francis, who died from prostate cancer. 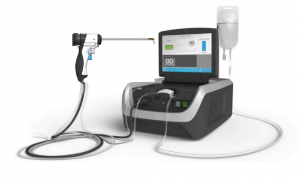 “And I was thinking about the suffering that he went through and that there has to be a better way to manage prostate cancer for men,” he said.

Hoey hopes that this water vapor ablation therapy does the job. So far, he says the company has tested the therapy on men in South American countries with positive results.

“And limited or no side effects with those men,” Kujak said. “And that has given us confidence, and given the FDA confidence, to able us to start our early feasibility study here in the United States.”

Those U.S. studies will begin later this month. The hope is to have the product commercially available in late 2024 or early 2025.

“So the goal is to get clearance from the FDA, eventually get approval from overseas as well, and to get this used by as many people as are afflicted by this disease,” Hoey said.