A long-awaited overhaul of Maple Grove’s Gleason Fields, which was delayed last year due to increased construction costs, may possibly happen later this year, although the cost could be almost $1 million higher than the city anticipated.

“A million over is a lot,” said Debbie Coss, a Maple Grove Park Board Member. “It seems as though everything that can be cut has been cut, so I don’t know what the other option is.”

Maple Grove wants to redesign the Gleason Fields Athletic Complex to make it a signature destination for baseball and softball tournaments.

The design (which was modified from a more expensive one reviewed last year) calls for building four ballfields with artificial turf, adding LED lighting, a new concession stand and several other amenities. 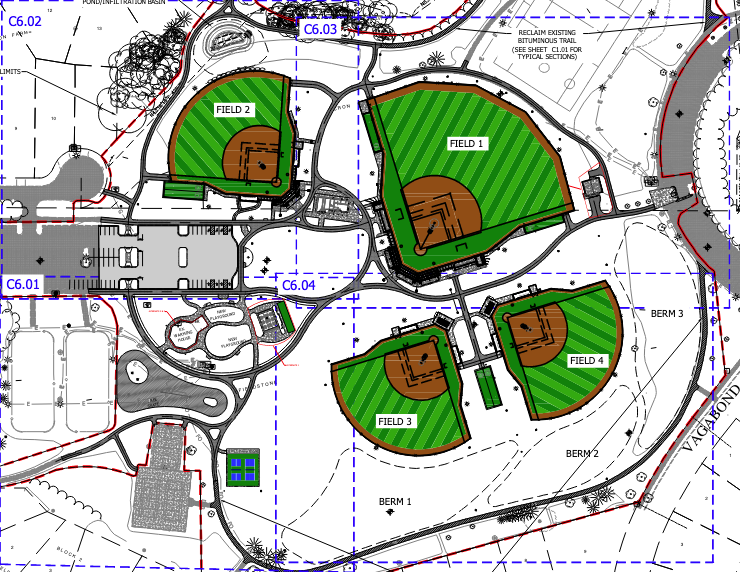 A rendering of the Gleason Fields Athletic Complex layout.

The price tag to make these changes is an estimated $14.9 million, which is about $900,000 higher than what the city had originally approved.

In a park board meeting last week, members seemed to indicate they were okay with the higher price tag, as long as the cost didn’t exceed that estimate.

“I think we absolutely should bid this,” said Ken Helvey, a Maple Grove Park Board Member. “If it comes higher than $14.9, we’re gonna have some real hard choices to make about whether this project gets constructed.”

The park board voted unanimously to solicit bids for the Gleason Fields project. Bids close on Feb. 10. The design team will review and prepare a recommendation for the board to consider at its Feb. 17 meeting.