Maple Grove Fire Department officials say they are seeing an increase in so-called “fire check” calls. Fire Chief Tim Bush says they are getting calls from residents about people burning leaves or brush, which is not allowed in Maple Grove. 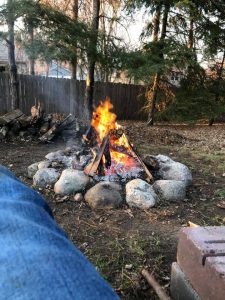 “This time of year, especially, we have people burning leaves and yard waste from the previous season, brush and branches which have fallen. All of that material needs to go to the Maple Grove Yard Waste Site. We also get calls about recreational fires, people wanting to make sure their neighbors are following guidelines,” said Chief Bush.

Chief Bush thinks the department is seeing an increase in calls because more people are at home because of the stay-at-home order and they have more time to check on their neighbors. But he says the request for service is pulling on resources.

“We’re trying to manage how we’re using our firefighters, so we minimize their potential exposure to the COVID-19,” said Bush. “It’s extremely dry right now. People need to be careful.”

Monday is not the day for outdoor burning anyway. The National Weather Service has issued a “red-flag” warning for parts of Minnesota, including the Twin Cities.

Residents can still have recreational fires when there is not a fire danger, but they need a permit in Maple Grove. You can learn more about that on the Maple Grove website.