Maple Grove, Crystal Actors Shine in ‘A Bench in the Sun’

After the Plymouth Playhouse closed at the end of 2017 there really wasn’t another outlet like it in the northwest metro. But actors Ross Young, of Crystal, and Paul Schoenack, of Maple Grove, found a place in the southwest metro.

They’re performing in “A Bench in the Sun” at the DayTrippers Dinner Theatre. Like the Plymouth Playhouse before it closed, DayTrippers offers daytime theater.

“Two elderly gentlemen living in a retirement home. They’re more frenemies than anything else. Then you throw a retired actress into the mix and it gets kind of funny,” said Paul Schoenack who plays Burt.

The script is laced with snappy one liners.

“Do you have to make all that noise?” said Bert.

“What is that supposed to mean?” asked Bert.

“It means that some of us can still eat solids,” said Harold.

The play is based off the book “A Bench in the Sun,” published in 2002 by author Ron Clark.

“Mel Brooks said this play is very wise, very moving, but most of all very funny,” said Kenzie. 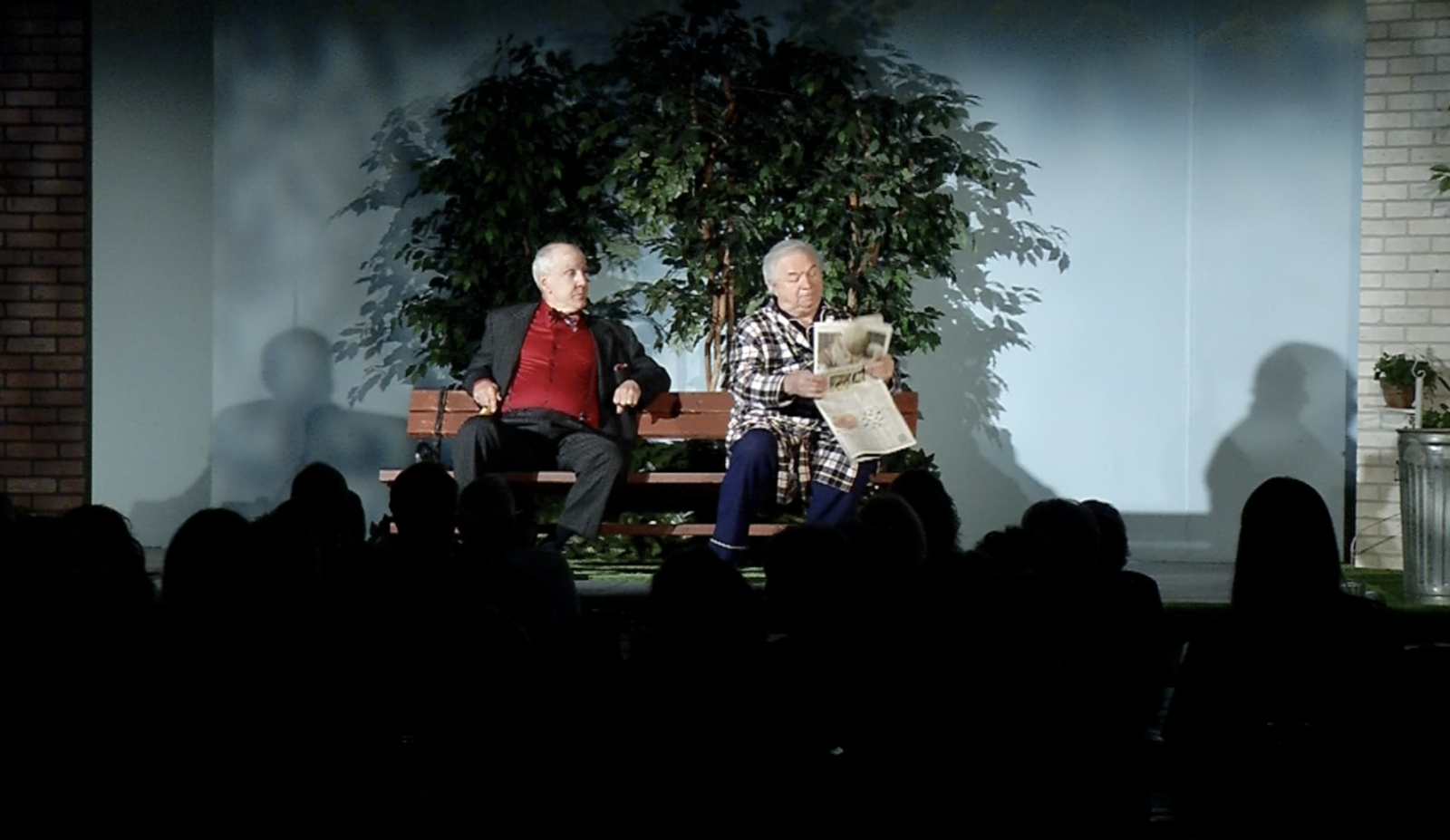 Ross Young from Crystal and Paul Schoenack from Maple Grove play Harold and Bert in “A Bench in the Sun” at Daytrippers Dinner Theatre in Bloomington.

You can see “A Bench in the Sun” at DayTrippers Dinner Theatre in Bloomington through Oct. 29. There’s daytime performances this Wednesday, Thursday and Friday. Lunch begins at 12:15 p.m. followed by the performance at 1:15 pm.