ProMed was founded in 1989 and is headquarted in Plymouth. The company makes silicone molded products for medical uses and drug-eluting implantable devices. 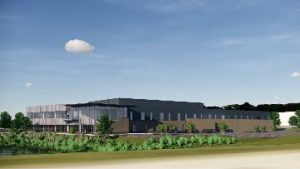 According to Brett Angell, economic development manager with Maple Grove, the development would create 185 new jobs within three years of constructing the new facility. Sixty of those employees would not be ProMed workers, but rather employees of other companies that lease from the ProMed facility, said Angell.

To make the project happen, ProMed sought approval of a tax-increment-financing (TIF) plan. ProMed seeks to freeze taxes paid over a nine-year term while the facility gets constructed. The city council expects to approve terms of the TIF at its April 20 meeting.

The nine-year term would provide a total of about $600,000 in tax relief, Angell said at recent Plymouth Planning Commission meeting. After the term expires, the city would begin collecting taxes that include the value added to the property.

Maple Grove City Council Phil Leith believes such tax incentives work for a project like this, noting that the property has sat vacant for more than 20 years.

“Generally when I look at these TIF proposals, I look at the business that’s coming, the number of jobs coming. This is a company that has been around a long time. They’re a part of the Medical Alley Association who also approved this and they’re bringing up to almost 200 jobs,” said Leith. “So I think it’s worthwhile in this case.”

Council member Karen Jaeger expressed reservations, but believes it will be worthwhile.

“I’m really not in favor of a lot of these TIFs,” Jaeger said. “I think it’s going to be a good deal in the long run.”

Officials noted that other companies like Boston Scientific, Great River Energy and Illume used TIF for their projects. 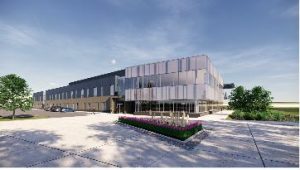 The ProMed facility will feature a modern-looking facade featuring combination of capstone, glass and metal panels.

It will conduct what’s called cleanroom manufacturing. A cleanroom measures particulates in the air. In ProMed’s case, it will be roughly 10,000 parts per million, said Kelly, which is relatively low.

Due to the COVID-19 outbreak construction is currently planned for the spring 2021, but could construct sooner if the situation allows.