Man Recovering After Shooting Himself at Brooklyn Park Corn Maze

A 38-year-old man is recovering after accidentally shooting himself in the leg while visiting the corn maze in Brooklyn Park.

The incident happened Saturday around 11:40 a.m., at the Twin Cities Harvest Festival and Maze off 109th Avenue North.

According to Brooklyn Park police, the man has a permit to carry a firearm.  Police say the man was bending down, doing something with his shoe, and the gun went off. Witnesses say he had been near the corn pit before the incident. 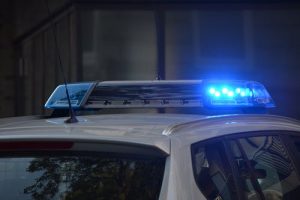 Man accidently shoots himself in the leg at Twin Cities Harvest Festival.

Brooklyn Park police say this is a reminder for gun owners to make sure their weapon is safely secure.

“I think it’s generally worth pointing out that having the right type of holster that covers the trigger and secures the firearm to your body is extremely important,” said Brooklyn Park Police Inspector Elliot Faust.

The man has a non-life threatening injury to his upper leg. No one else was hurt.