A Plymouth brewery is taking a stand with Ukraine this weekend by raising money for humanitarian aid and the needs of Ukrainian refugees.

Luce Line Brewing Co. felt compelled to do something by watching the events unfold in the Eastern European country.

“It really moved me and I thought we should do something,” said Tim Naumann, CEO of Luce Line Brewing.

The brewery also has a couple staff members with Ukrainian heritage. They got the idea to partner with Kramarczuk’s and the Ukrainian American Community Center. It resulted in a fundraiser filled with food, beer and music.

The fundraiser will take place Saturday from noon to 10 p.m. A food truck will serve up brats provided by Kramarczuk’s and perogies and varenyky furnished by the Ukrainian American Community Center. The food will be served from 2 p.m. to 8 p.m.

In addition, the Ukrainian Village Band will play traditional Ukrainian music from 5 p.m. to 8 p.m.

“There’s going to be great food, it’s a great cause. There’s great beer, and an opportunity to really have some fun, but at the same time really help some people that need it,” said Naumann.

All proceeds from the sale of food will be donated as well as $1 for every beer sold on tap. 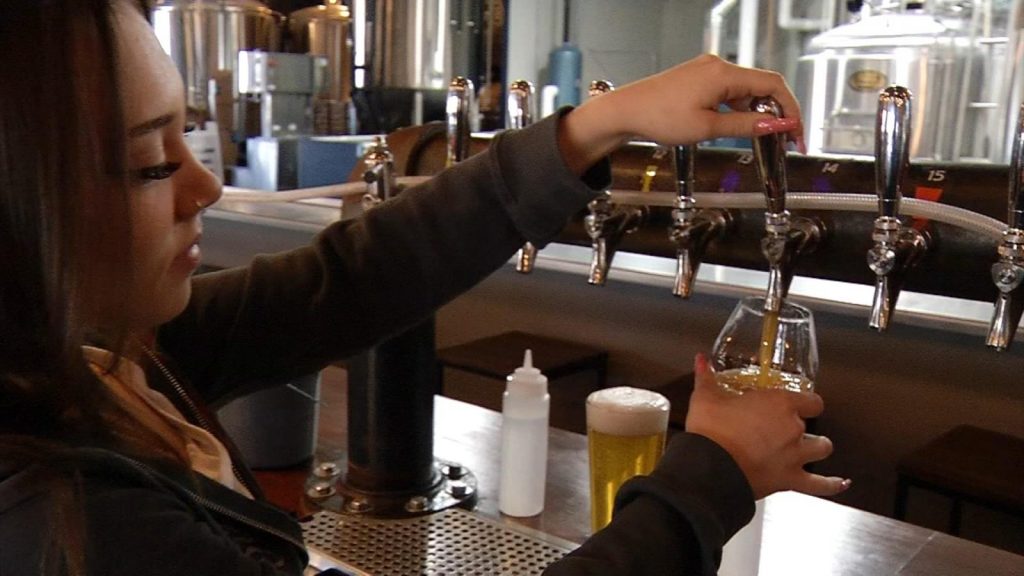 A Luce Line Brewing staff member serves up one of the 15 beers on tap.