Students and staff kick off each morning gathering with a dancing and chanting session. Lt. Gov. Flanagan and other visitors like Rep. Cedrick Frazier, DFL-New Hope, and new Robbinsdale school Superintendent David Engstrom participated in the morning’s activities, which included the “Cupid Shuffle.” 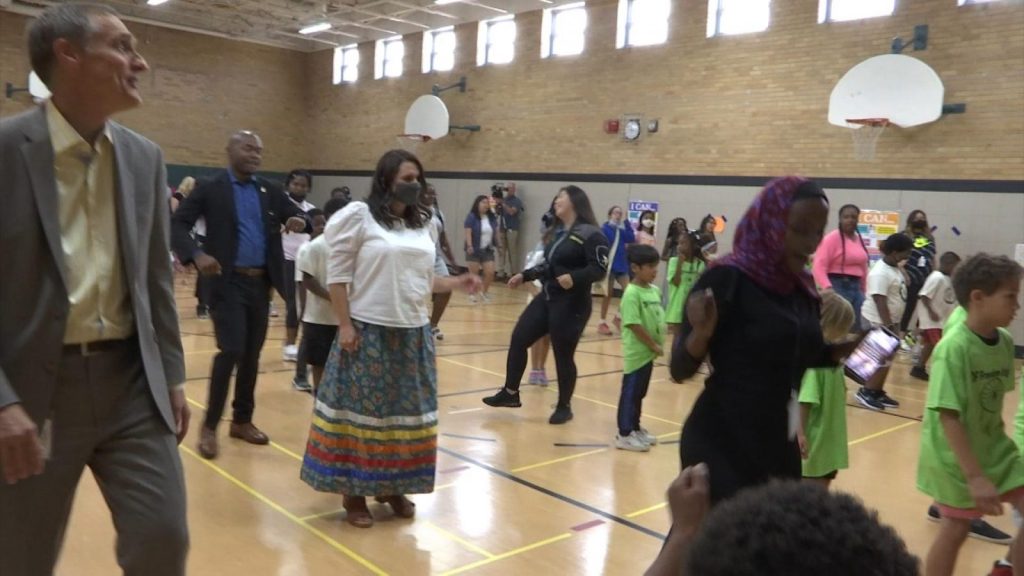 The elementary school is the first stop for Flanagan as she travels around the state to talk about the passage of the COVID-19 recovery budget, of which $1.2 billion was allocated for education. That includes $554 million in new spending. Flanagan said the education allotments included support services that offer before and after-school care.

“You see how our young people get into it and talk about their strength and their identity and ensuring that they can’t be made to feel small, that’s what these spaces are all about,” said Flanagan.

The Freedom Schools program is operated by the Children’s Defense Fund. Students also have access to a variety of culture-specific books as well as speakers from the community.

“I felt like Freedom School was a place not just for kids to learn about stuff, but learn about them,” said one student from Cooper High School. “I felt like kids really started opening up and becoming more out of their shells when they are around people who came from their experiences.”