Since June of 1985, the 50’s Grill in Brooklyn Center has allowed people to take a trip back in time.

“We have the Lassie booth here, and we’ve got [the] Robin Hood booth here, a lot of Marlon Brando,” said Brian Bolz, the 50’s Grill general manager, as he pointed out the different booths.

Everything from the decor, to the layout, to the jukebox in the waiting area serves as a throwback to a bygone era.

“It was such a slower time, a calm time, a time where people just really enjoyed coming in to have a good dining experience,” Bolz said.

Bolz has been an important part of recreating that 1950s-style dining experience for the customers since the restaurant opened 37 years ago.

“Well, I was working at another restaurant, and that restaurant was closing at the time,” Bolz recalled. “And I got a phone call from a guy named Jack Schubert who was the owner of the 50’s Grill. And he said to me, ‘I have a dream. I want to talk to you about it because I need somebody to run that for me.’”

Schubert then hired Bolz to run his 1950s-themed restaurant, which opened with immediate success.

“When we opened up too, we were very, very, very busy,” Bolz recalled. “We, in a strange way, didn’t know what we were doing.”

Needless to say, things worked out for Bolz and this upstart restaurant. 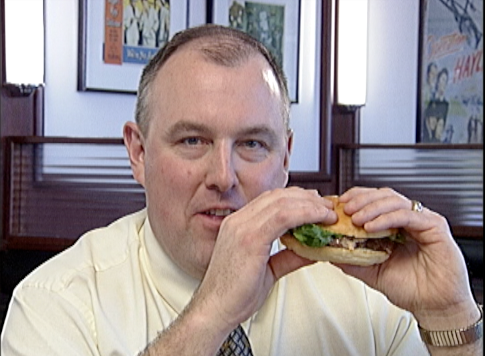 But after 37 years, Bolz has decided it’s time to say goodbye the 50’s Grill.

“It’s a young person’s business,” he said. “I still have it in my tank. I just got to the point where I want to retire when I’m healthy.”

It was tough news for some of the longtime 50’s Grill staff members.

“There’s gonna be kind of something missing in my day,” said Chriss McLaughlin, a waitress who started at the 50’s Grill in 1985. “I mean honestly, he’s just been such an awesome man to work with.”

Yet all good things must come to an end. As Bolz enjoys one last burger, and one last laugh with a team that’s been like a second family, he says the 50’s Grill will still endure after he’s gone.

“We are in very, very good hands,” Bolz said.

His last day is Sunday, Oct. 30. Bolz says that in his retirement, he would like to spend more time with his adult children, he’d like to play more racquetball, and he’d like to travel.