Bob Malecki from Brooklyn Park was one of 14 Vietnam veterans recognized with a pin and commemorative medal at the Maple Grove’s Veterans Memorial Wednesday.

Malecki said the recognition was a far cry from what service members received when they came home from Vietnam.

“When we came home, we were ignored and told to forget it and suck it up and live,” said Malecki. “We probably more or less took care of ourselves.”

Representative Dean Phillips has been working with the Vietnam War Commemoration Program to pay tribute to veterans. Family members or friends nominated veterans for the recognition.

“At a time when our country needs to elevate principle, honor, integrity, decency, civility, that’s what today commemorates,” Phillips said.  “You can tell my some of the emotion that was expressed today that it was very meaningful.” 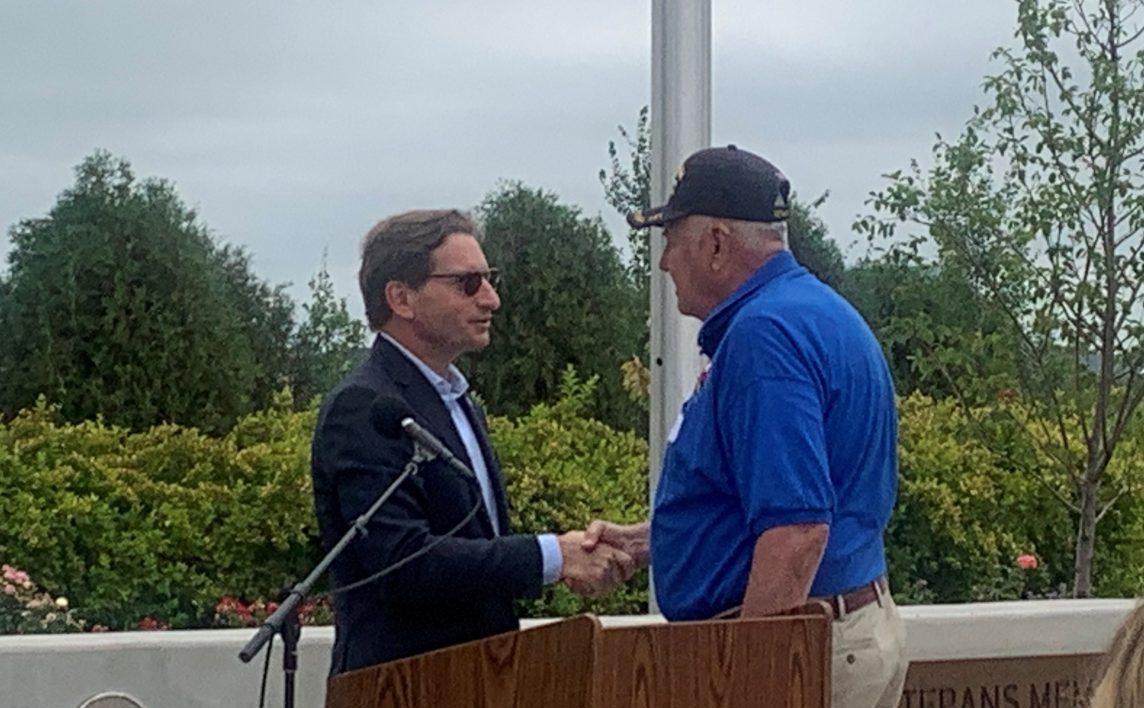 Rep. Phillips recognizes veteran Bob Grams, who served in the Air Force 1963 to 1967.