Wade Carlson lives in Maple Grove and works in Plymouth. He opened a new brewery with his son, Mitchell, who wanted a career change. 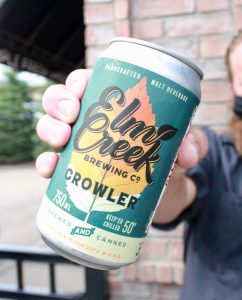 They thought a brewery in Champlin made a lot of sense. They put in garage doors to encourage outdoor seating.

“Obviously with the pandemic and COVID, that’s the preferred place. That’s where people want to be,” said Wade Carlson. “This was an area that needed something. The ability to bring people and community together at this location has been positively reviewed by the city and by the local people who have visited us.”

They opened Elm Creek Brewing Co.  in an old Ruby Tuesday’s in Champlin this summer.  The brewery has been so busy they even had to close for a week just to increase production.

“One of our concepts is to be able to do small batches and do a lot of different types of beer,” explained Carlson. “We have four or five beers that have become our flagship beers, so we can grow from here as we come out from the pandemic.”

Elm Creek Brewing Co. hopes to brew styles for every palette. The variety of beer styles range from IPAs and stouts to a lighter blonde ale. A current favorite is Octoberfest and they are planning an event next month to celebrate the unofficial holiday of beer.

Despite the hard work, Carlson says it’s been enjoyable.

“It’s been a lot of work, but I still feel like a kid again,” said Carlson.