The end of the school year is always cause for celebration, but during an outdoor ceremony at Zanewood Community School in Brooklyn Park this week, the students weren’t just expressing their joy over three months of summertime freedom.

The event commemorated a transfer of power involving the school’s backyard garden.

“I think it was just beautiful seeing all of them surround the garden, and it was kind of like, who was gifting it to whom,” said Dre Wakely, environmental educator from the Three Rivers Park District.

For the past few months, Three Rivers has worked with Zanewood students to build a garden from scratch using money from the federal CARES Act.

“We as Three Rivers came here and taught every grade level preschool to fifth grade, and then on top of that they were doing science classes out here, art classes, math classes,” Wakely said. “The garden was occupied by students all during the day.”

The garden started in the spring, and in that short time span, students helped turn what used to be the site of their old playground, into a cornucopia of flowers, fruits and vegetables. 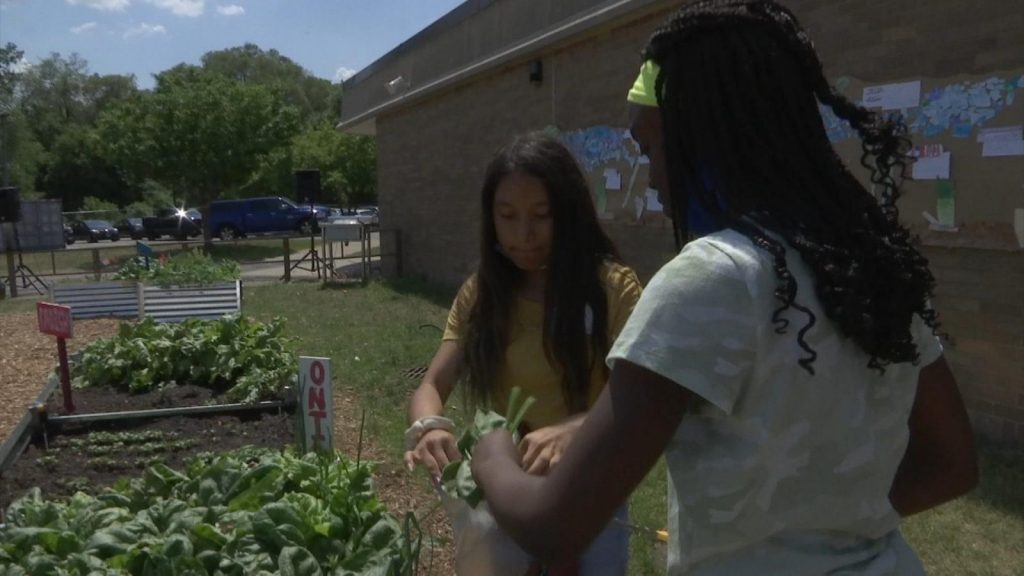 A transfer of power

Yet with the school year ending, the garden won’t be neglected.

“They started the garden, and then we’re going to be carrying it through the summer,” said Steve Thompson, a supervisor at the Zanewood Recreation Center.

Over the next three months, more than 300 kids in the summer rec program will help water the garden and harvest the produce.

“It’s going to be very hands-on, experiential learning around nutrition, around the science behind gardening,” Thompson said.

The students will get to learn where their food comes from, they’ll care for something living, and they’ll be outdoors.

Then when September rolls around, the students from Zanewood Community School will pick up right where the summer kids left off.

“It took a lot of parties to say yes, and come to the table and make it happen,” Wakely said. “And so that feels really good that we had all these individuals contribute their time and effort to make it possible.”