Hennepin County Judge Regina Chu says she expects opening statements to begin Dec. 8 in the trial of the state of Minnesota vs. Kim Potter, the former Brooklyn Center officer who shot and killed Daunte Wright last April during a traffic stop. Jury selection began with three jurors confirmed as of late afternoon Tuesday.

“Our criminal justice system could not work without good citizens like you,” Judge Chu told members of the first jury pool candidates. “I know these are difficult times, but doing our duty in difficult times is the American way.”

A total of 14 jurors — 12 jurors and two alternates — need to be seated before opening statements.

Potter is charged with first-degree manslaughter and second-degree manslaughter. The second-degree charge requires the defense to prove Potter acted recklessly or with extreme negligence in causing Wright’s death. For the first-degree charge, the defense will have to show that Potter was not only negligent, but that she committed an underlying crime by misdemeanor mishandling of a weapon.

Attorneys revealed during jury selection that former Brooklyn Center police officer Kim Potter will likely testify in her own defense. 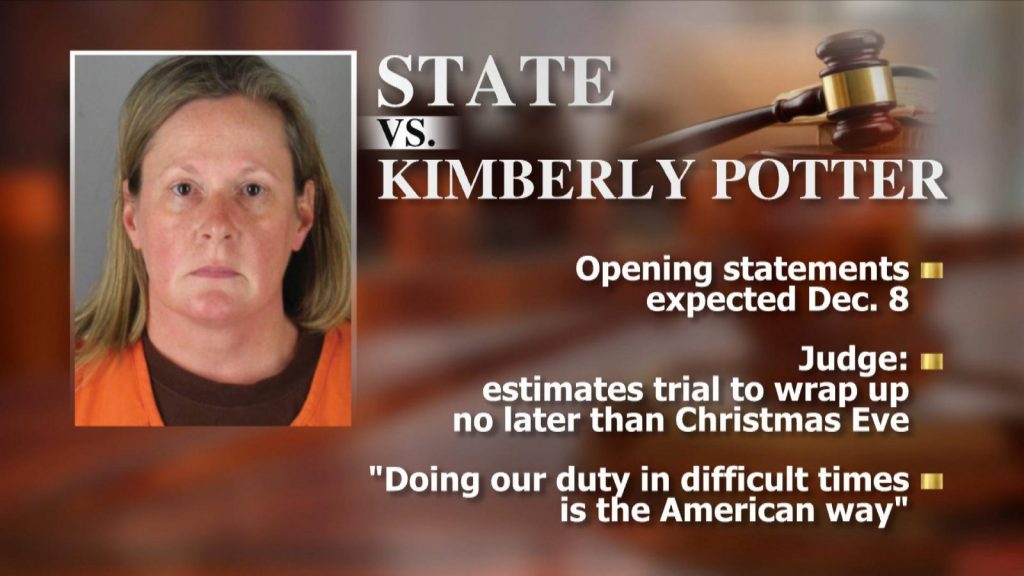 Background of Jurors Selected So Far

All jury members were instructed not to do any research on the case nor to talk anyone about case during trial. Jurors selected so far include: