A grand jury indicted Smith last week on a first-degree murder charge. Smith, 33, of Chicago, is also charged with second-degree murder through drive-by shooting and felony possession of a firearm while prohibited. Smith is accused of shooting and killing Jay Boughton, 56, of Crystal, on southbound 169 near Rockford Road on July 6.

“There’s no rationality to it, there’s no history to it,” said Donnelly during Tuesday’s hearing.

“Mr. Smith is not only a risk not to come back to court, but he’s a danger risk to public safety,” said Allard during the virtual hearing.

According to Hennepin County prosecutors, Smith tampered with witnesses while in jail in Macon County, Ill., and in Hennepin County. Police arrested Smith on Aug. 24 in Decatur, Ill., about 180 miles southwest of Chicago.

Assistant Hennepin County Attorney Erin Lutz said during the hearing that Smith talked to people while in the Macon County jail in an attempt to delete his Facebook page. The prosecution considers the suspect’s Facebook page a critical piece of evidence. The initial criminal complaint against Smith said police used Facebook video to link him to the case.

Lutz also said Smith instructed one of the witnesses to recant what she told law enforcement while in Hennepin County Jail. Additionally, Lutz said Smith made phone calls talking to an individual about “ending the life” of someone bothering his girlfriend in Illinois while in the Macon County jail.

Hennepin County prosecutors plan to file a request to end Smith’s phone privileges. The outcome of that request is expected to be decided at Smith’s next court hearing, scheduled for Dec. 1. 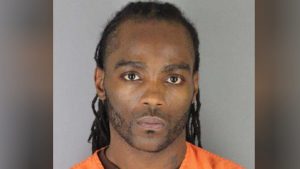 The defense, meanwhile, plans to make a request to have court appearances for this case to be held in person, not virtually.

“I find it to be ironic that a million people can go to the State Fair, that 50,000 people can pack a sports stadium, that people can go to restaurants and bars and concerts, but we can’t go into a courtroom that is socially distanced,” said Donnelly.

Donnelly argued that remote hearings tend to favor the prosecution, particularly when it comes to setting bail. He pointed to research on remote hearings in Cook County, Ill., showing higher bail amounts for defendants.

Minnesota Supreme Court Chief Justice Lorie Gildea, who established COVID-19 court protocols, would have to agree to the change as requested by Donnelly.