Job Openings at All-Time High in MN, Will That Impact College Enrollment?

Job openings climbed to an all-time high in Minnesota. The state Department of Employment and Economic Development (DEED) released new figures this week, reporting more than 214,000 openings at the end 2021.

“This unprecedented number of job openings is another sign that Minnesota’s economy is strong,” said DEED Commissioner Steve Grove.

The number of vacancies has some wondering whether more young people will choose to forgo college and get a job after high school. In fact, according to DEED, about two-thirds of the open jobs require no more education than a high school diploma or GED certificate.

“I think that whole idea of the more you learn the more you earn – sometimes – but it all comes back to and depends on what you study,” said Michelle Mazanec, career specialist at Osseo High School. “The major is more important than the degree.”

In light of nationwide trends that reveal a decline in college enrollment, CCX News visited with students at a recent employment fair held at Park Center High School.

“Right now I’m trying to go to college, I need money to pay for it, so coming here looking for jobs and looking for experience to prepare me for my future,” said Bright Anane, a Park Center senior.

Park Center senior Chaneria Drepaul says she will go to college this fall. She’s also trying to figure out a way to offset some of the cost.

“Me and my friends, we were talking about finding a company that would help pay for at least some of our tuition,” she said. “We would definitely go to college for sure.”

But in 2022, a college degree might not be the only path to future prosperity.

Studies still suggest a bachelor’s degree raises a person’s earning potential. The trick for young people might be to diversify their post high school learning plan.

“You’re just a much more marketable person if you have lots of experiences and skill,” said Mazanec. 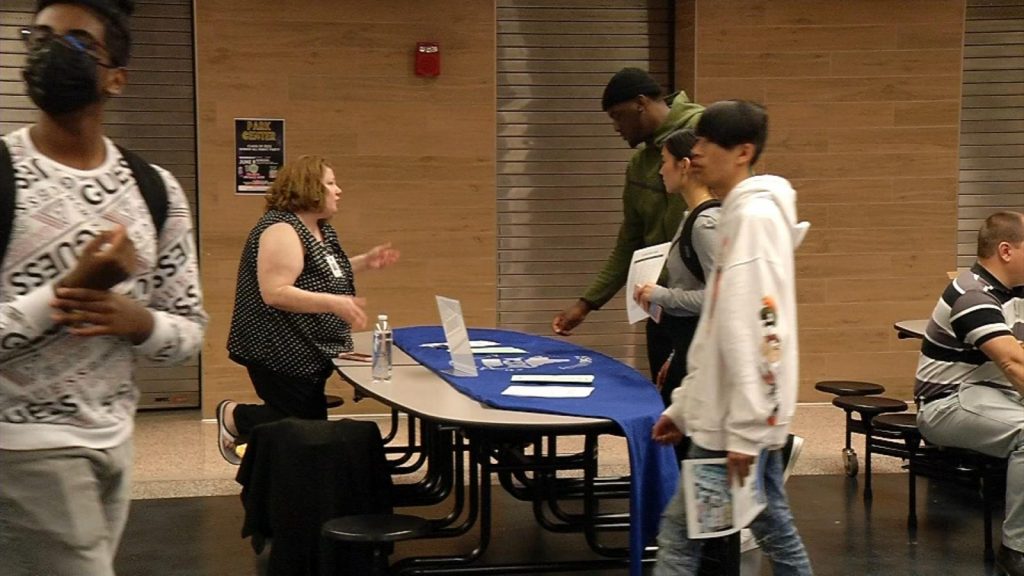