“I know my actions on that day were, you know, just awful. And I apologize from the treetops to everyone involved or affected by it. I’ve done what I can to try to better my life going forward,” said Kline at Tuesday’s meeting.

The council voted 4-1 to censure Kline, who began serving on the city council in 2021. Kline was the lone no vote. The censure vote removes Kline from his committee assignments. Those include his appointment as a delegate to the League of Minnesota Cities, liaison to the Robbinsdale School District government advisory committee and as a city representative on the Bottineau Community Works steering committee.

“I think it leaves a black eye on Robbinsdale,” added Robbinsdale City Council member Pat Backen. “I think this is a very small step to helping restore some of that respect.”

Kline will continue to serve on the city council despite urgings for him to resign. The city charter says the city council can’t force a council member to step down unless convicted of a felony.

The council member stated he’s gone through treatment and is at 118 days and counting of sobriety. 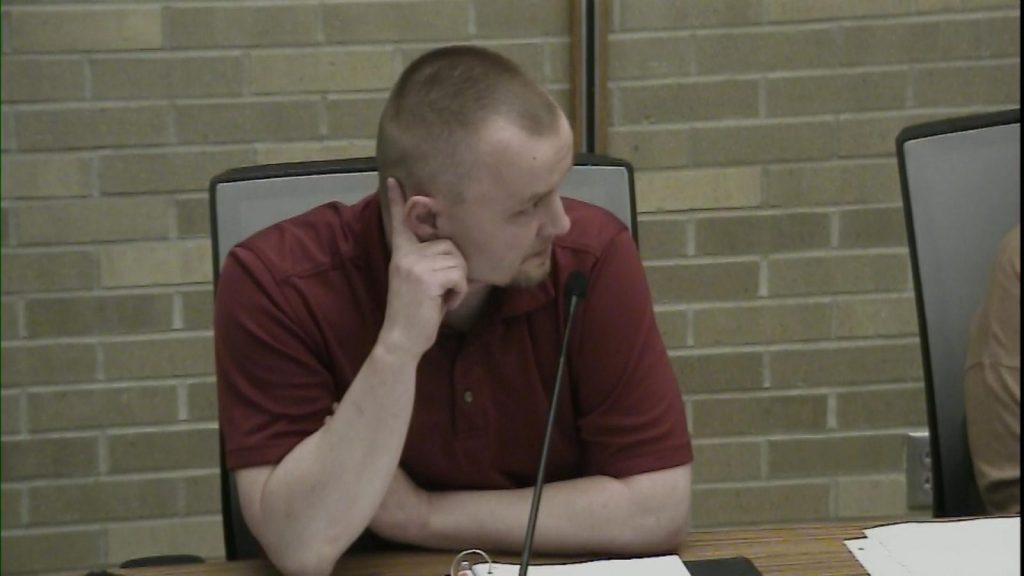 ‘One Person Caused This’

Kline drove the wrong way causing an accident near northbound Highway 100 and Brooklyn Boulevard. He then left the scene and continued to travel southbound on the northbound lanes of Highway 100. A Crystal police officer noticed the driver heading the wrong the way and tried to block him, but Kline drove around the officer, the complaint said.

Police later had to smash into Kline’s minivan to get him to stop. Kline continued to refuse to obey orders before his arrest, police said in the complaint. The council member pleaded not guilty to the charges. His trial is expected to begin June 6.

Kline owes more than $7,300 in an insurance claim issued by the League of Minnesota Cities for the damage of two Robbinsdale squad cars due to the incident.

Before the vote to censure, Mayor Bill Blonigan said this is the first time in his 42 years serving on the council that the city has brought up the possibility of censuring someone. He also mentioned how the issue has turned “political” and “partisan.” Council member Selman disagreed with that assessment.

Blonigan apologized to Selman for making it seem like his vote was political. But Blonigan noted how residents have come up to him talking about 3-2 votes, but said residents haven’t mentioned to him what those votes were.

Despite the vote, Selman wanted to make it clear he supports Kline in his efforts to get better.

“Tyler, I sincerely congratulate you and wish you the best in your continued recovery.”