The owner of Huntington Place Apartments says staff is making progress toward repair orders requested by tenants. Delays in repairs have been a major concern among tenants, who expressed their frustration at a recent city council meeting.

According to Aeon, the nonprofit affordable housing developer that owns Huntington Place, all summer work orders requested by tenants should have been completed except for the August requests. Aeon officials say Huntington Place typically has many as 600 work orders in a month at the complex, which has about 2,500 residents living there. They also accepted blame for the slow response this summer.

“We have not done the job we needed to do. We let way too many work orders lapse for too long. And we weren’t providing very good customer service to our residents,” said Alan Arthur, president and CEO of Aeon.

The company says the goal is to begin repairs no later than three days from the initial request. Arthur also says to the company’s surprise, “almost all are routine” fixes.

Arthur says Aeon has been able to get increasingly caught up on repairs due to efforts to increase maintenance staff. Aeon also plans to have every occupied apartment inspected by October.

About 2,500 residents live at Huntington Place, which consists of six buildings. It’s the second largest multifamily complex in the state behind the Cedar-Riverside neighborhood apartments in Minneapolis. 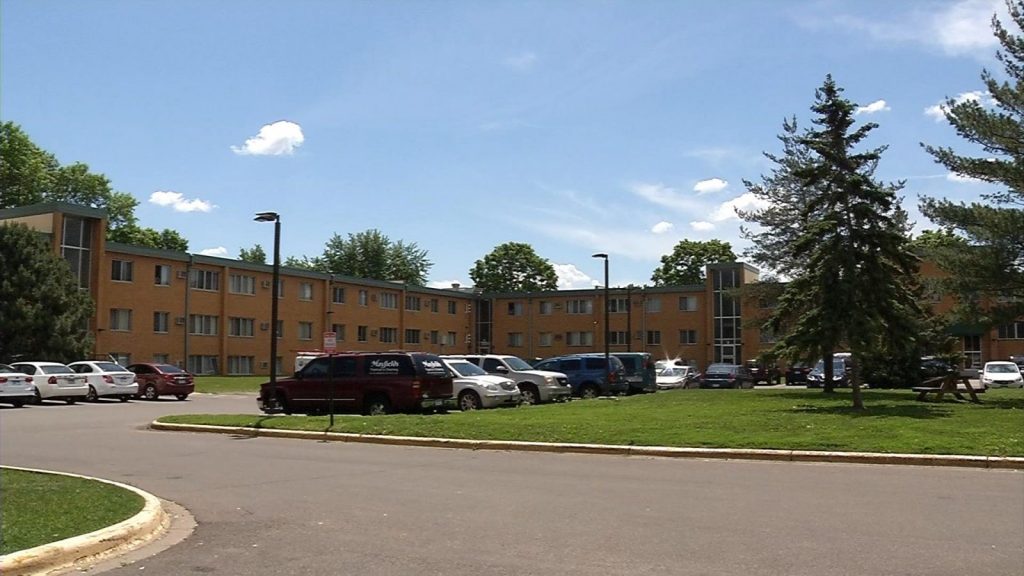 Huntington Place Apartments in Brooklyn Park has been a hot spot for crime over the last two years, which Arthur blames on non-tenants.

“So many folks who don’t live there hang around at Huntington,” said Arthur.

So far this year, there have been 12 shots-fired incidents and five people hit by gunfire at the complex.

“We took a proactive approach and sat down and laid out a plan for how the police department was going to respond to the problems we have in here,” said Brooklyn Park police Inspector Elliot Faust.

The police department launched weekly gatherings with residents as part of a strategic plan. Wednesday, they met under a canopy for brats and games.

“It’s important to hold events like this so you can get to know your city leaders, as well as they, get to know us as well,” said resident Tekoa Cochran, who’s part of “The Village,” a group of Huntington Place residents who helped organized the meetups. 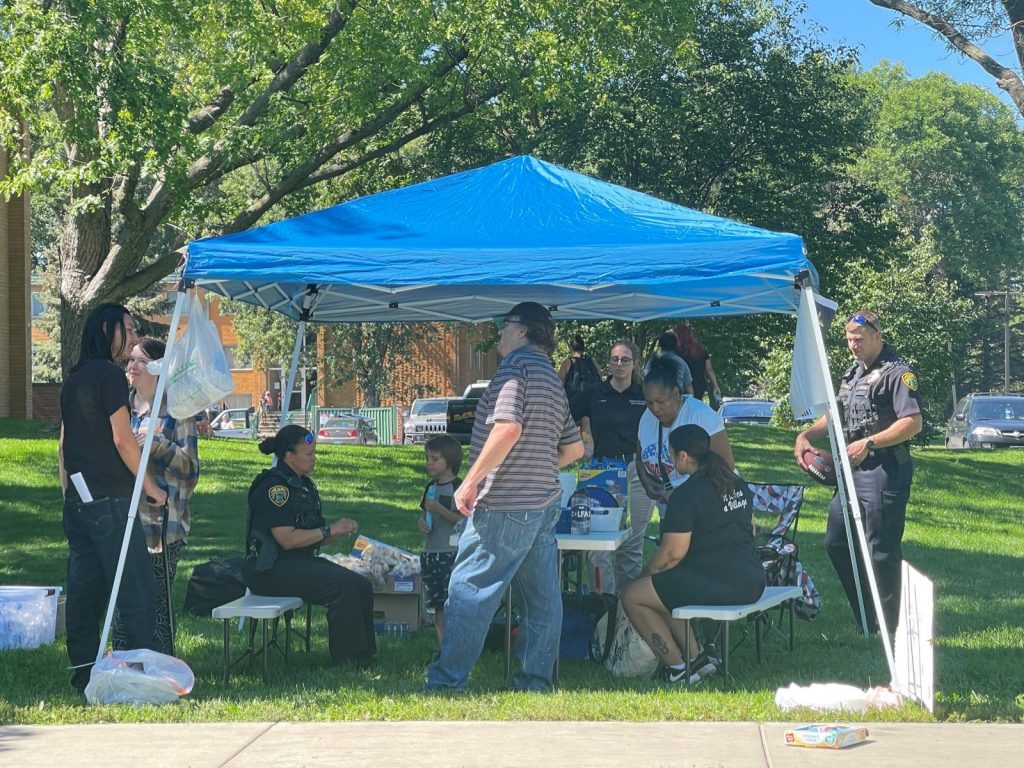 Both residents and Brooklyn Park police say they hope to build trust and transparency.

“There’s a trust being built, and that’s just something that we’ve never had before,” said Faust.

Aeon, meanwhile, plans to create a gated community with visitor checkpoints to help with security. It expects to finalize security around the perimeter of the complex in September.

“The city police department has data that shows we’ve made progress,” said Arthur. “There is a whole lot more progress to go.”