Brooklyn Park Council to Huntington Place Apartments Owner: ‘You Are on Notice’

Crime. Broken locks. Mold. Rodents. Lack of repairs. Plenty of mistrust. Those are just some of the issues brought out by tenants at Huntington Place Apartments who spoke before the Brooklyn Park City Council this week during a five-and-a-half hour meeting.

Aeon, a Minneapolis-based nonprofit housing developer, took over the property in 2020 after what management described as years of neglect by the previous owner, Dominium. But tenants say problems have gotten worse in the past couple of months.

At this week’s city council meeting, one tenant with a young child says he had to worry about a gas leak from his stove despite calls to Aeon staff to fix the problem.

“They told me that they’ll wait at night until maintenance came. Nobody came,” said tenant Dequan Williams. “My son had to stay with my neighbor over the whole entire weekend. But I have to stay downstairs because I was afraid someone was going to break into our place and steal all our stuff.”

Similar stories were shared throughout the meeting.

“The things that I have seen as someone who is a former maintenance worker are frustrating, especially when I have to go home and I’m smelling mold and seeing that the doors can be easily opened,” said Tabitha Bramblegg.

A resident of Huntington Place recently showed CCX News some of the problems at the complex, which is the second largest apartment complex in the state behind only the Cedar-Riverside neighborhood complex in Minneapolis. About 2,500 people live at Huntington Place, slightly less than the entire city of Osseo.

The city of Brooklyn park is providing up to $6 million in financial assistance through a development agreement with Aeon for repairs and rehab work, but residents say they aren’t seeing work get done or problems solved. 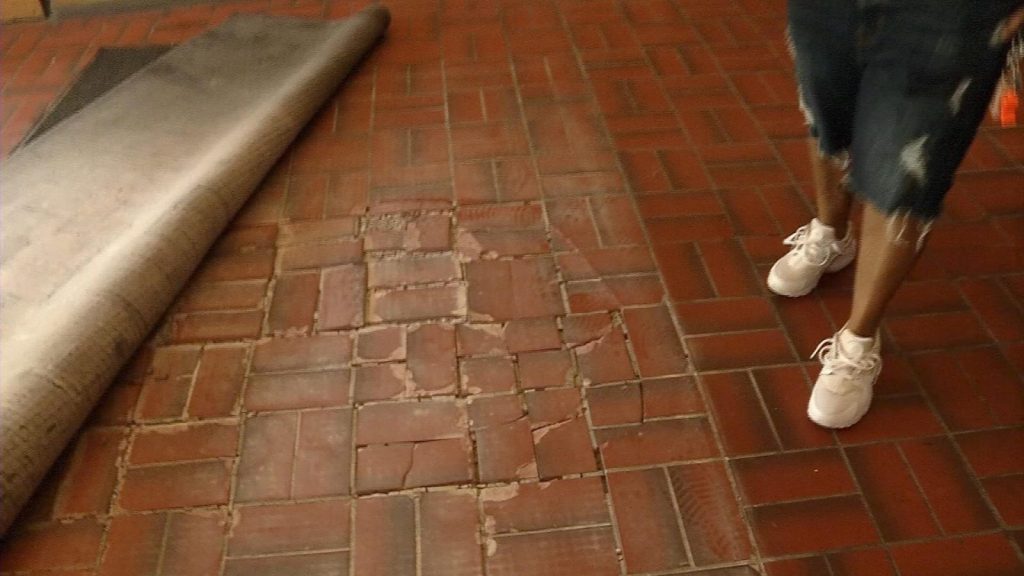 A Call for Action

City council members say they have yet to see a detailed action plan presented by Aeon to solve many of the repair issues.
During the meeting, frustrations and emotions poured out.

“Who are we if we can’t help the most vulnerable of us?,” said Brooklyn Park City Council member Xp Lee.

City officials say Aeon has received $2.2 million of the $6 million the company could access through existing loan agreements.

“My frustration comes when we’ve given them money, that money hasn’t been spent to correct these issues,” said Susan Pha.

“Our commitment going forward is to be transparent as to what we can and cannot do at Aeon,” said CEO and President Eric Anthony Johnson, who joined the company in February. “Because I think there is an issue of trust. There’s an issue of honesty. There’s issues all over the place.”

City officials acknowledge repairs at Huntington Place have fallen back in the last few months. The city’s inspection department is charged with making sure Aeon is following through on its loan agreement to make repairs.

“In the last few months, [Aeon] has gotten way more off track with their maintenance program,” said Kim Berggren, the city’s director of community development. “I do think they’re going to get a handle on it in the next month or two. It’s not going to solve all the problems.”

Aeon estimates each unit needs $8,000 to $10,000 worth of work. Johnson said Aeon wants current grant loan to be used to renovate hundreds of units. Some council members are skeptical that would happen.

“I’m not willing to change the terms of our loan, but what the heck, you guys can somehow come and tell us that you’re going to rehab 200 units in the next four months, but you can’t get the stuff done we gave you the money for in the first place makes no sense to me,” said Brooklyn Park City Council member Tonja West-Hafner.

Brooklyn Park City Council member Wynfred Russell asked whether the project is too big for Aeon.

Johnson said tenants could be moved around among vacant units to complete rehab work.

Meanwhile, Berggren says Aeon faces about $10,000 worth of fines due to a third round of city re-inspections do to lack of maintenance. Berggren says the fines haven’t been issued yet, but could this fall. 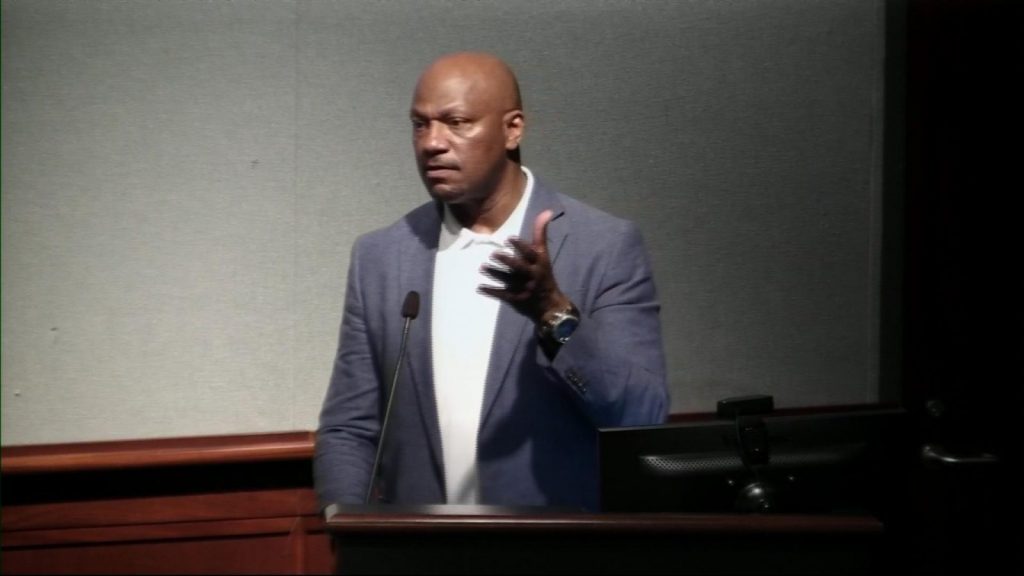 One of the recommendations from the city’s Human Rights Commission is for an anonymous system to be set up for complaints to help Huntington Place tenants avoid retribution.

As for the repair issues, the city started a new door-knocking’ strategy where two teams of two city staff members check in with residents to help determine repair priorities. Those repairs would ultimately fall on Aeon.

“You are on notice that we can’t wait anymore,” Brooklyn Park Mayor Lisa Jacobson told Aeon management. “The residents can’t wait. We’re not going to let them wait.”